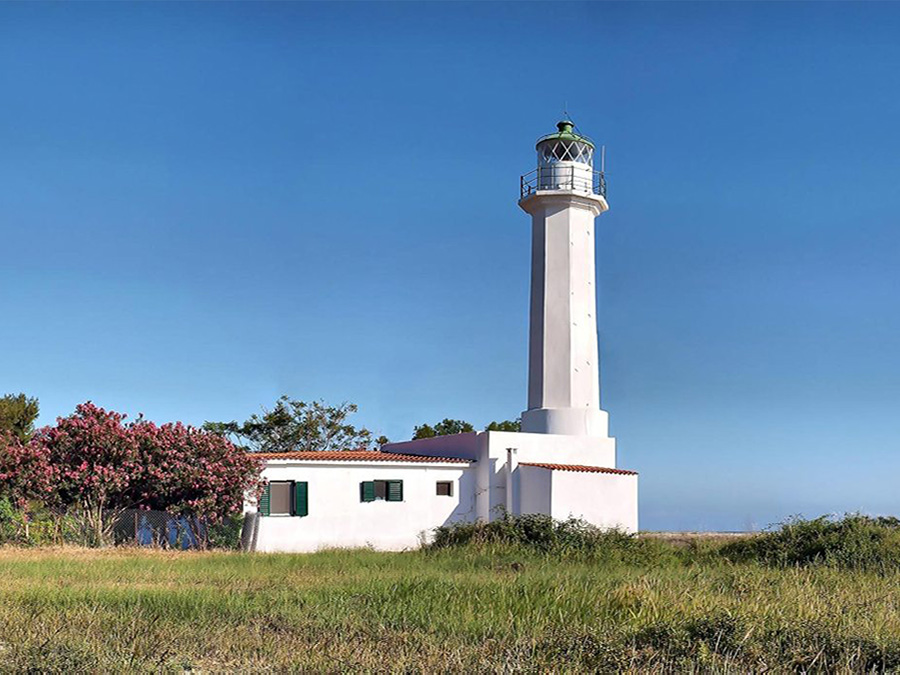 The lighthouse was built by the French Company of Lighthouses in 1964 and stood close to the water in its early days, but the sea has since receded. The sand stretch was formed later from piling up of sediments. The charming whitewashed building stands at the end of the Posidi Beach close to the Sanctuary of Poseidon. The lighthouse that was added in the Greek Lighthouses Network after the Balkan Wars in 1912-13, was extinguished during World War II and started operating again in 1945. In 1975 the oil machines were replaced and in 1980 the lighthouse was automated. The white-washed lighthouse features a 19-meter-tall tower with a light on top that is visible from up to 24 nautical miles away. The little house beneath it being the one that used to host the lighthouse keeper. The structure consists of a hall, living room, three (3) bedrooms, kitchen, toilet and one storage room. The lighthouse is a magnificent sample of the lighthouse architecture of that era and one of the most important monuments in the peninsula. The nearby beach is a great place for swimming because whatever the weather, you can always find calm water to swim.