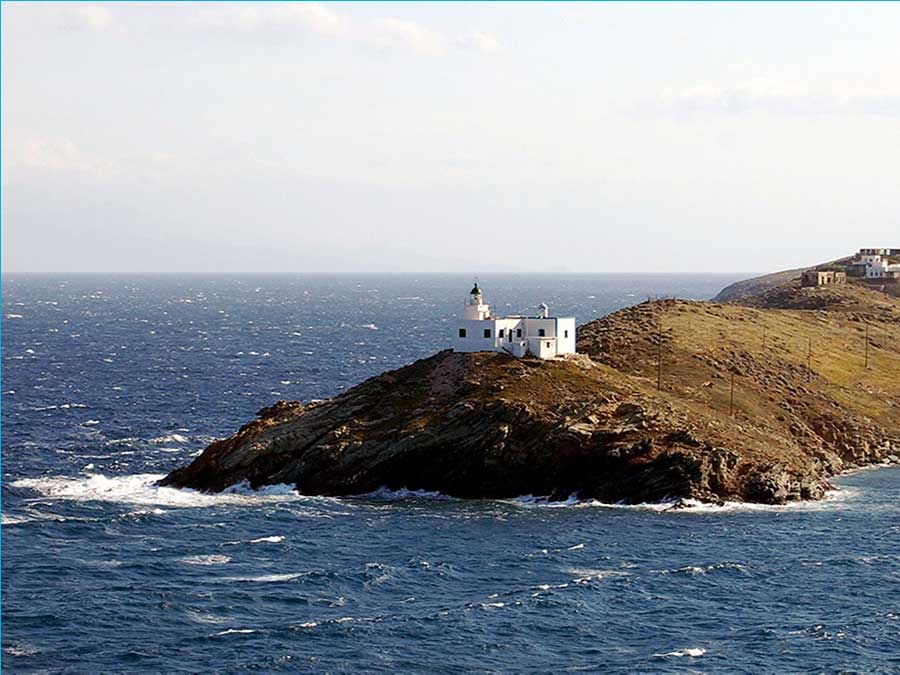 The lighthouse of Agion Nikolaos on the island of Kea is one of the oldest in Greece. This is the first ever functioned in Cyclades and the second in Greece. It was built in 1831 by the French Company of Lighthouses on the ruins of the ancient temple of Poseidon, at the end of a narrow peninsula protecting the north side of the harbor of Vourkarió, the principal port of Kea, on the northwest side of the island. The lighthouse is named after the little Orthodox church of Agios Nikolaos (Saint Nicholas) which is attached to its side. The structure features a square stone tower with lantern and gallery, rising from a 1-story stone keeper's house. The building is painted white and the lantern dome is green. The tower rises 8 meters and its focal plane is 32 meters. It first operated with oil as source of light. During World War II, it was extinguished and started operating again in 1945. In 1986 the oil engines were replaced and the lighthouse became electrically operated.

The lighthouse of Agios Nikolaos constitutes a particularly remarkable architectural construction and a representative sample of a special category of buildings and has been listed as a monument by the Ministry of Culture and Tourism since 2002. It is connected to the Greek naval tradition and is one of Kea’s major attractions. The site is open but the tower is closed to the public. The lighthouse of Agios Nikolaos is accessible through a 3,5km dirt track starting from the port of Kea. The last 500 meters are on a well-maintained path. 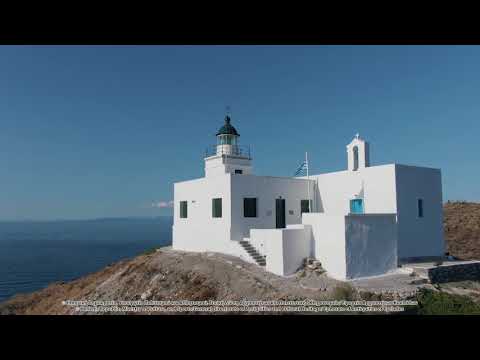