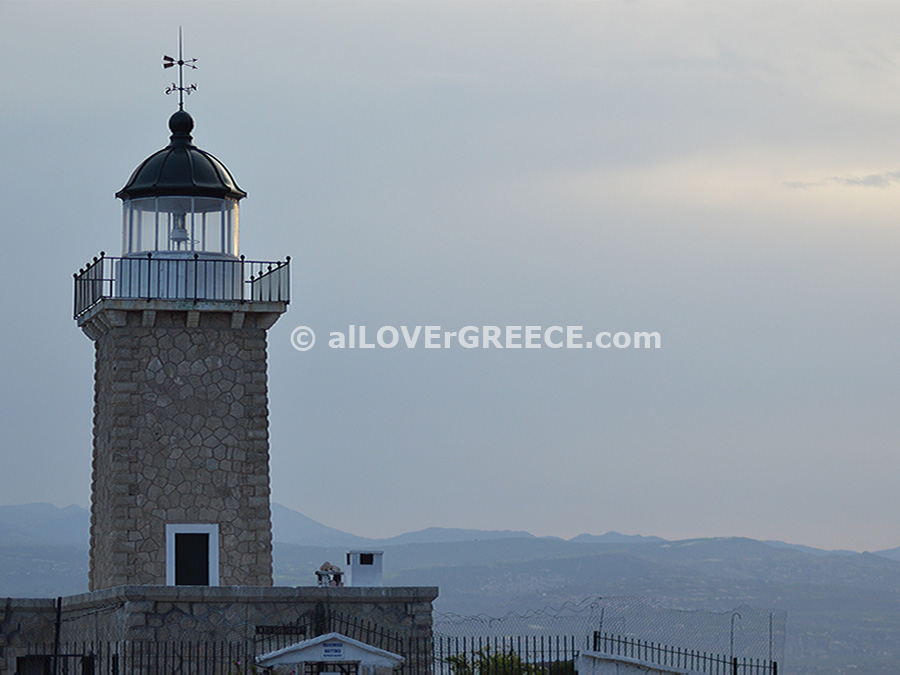 The Lighthouse at Acre Melagavi or Lighthouse of Heraion was built in 1897 on the Argilaos peninsula, in the gulf of Alkyonides Islands. Ever since, safely guides ships sailing in the Corinthian Gulf and heading to the port and canal of Corinth. It first operated with oil as source of light. During World War II, it was extinguished and started operating again in 1947. In 1982 the oil engines were replaced and the lighthouse became electrically operated.

The structure features a square stone tower with lantern and gallery, rising from a 1-story stone keeper's house. The building is made of stone and the lantern dome is green. The tower rises 13 meters and its focal plane is 58 meters. The little house beneath it being the one that used to host the lighthouse keeper. It consists of three bedrooms, a kitchen, a wc, a storage room and has a water tank. The Melagavi Lighthouse constitutes a particularly remarkable architectural construction, thus has been listed as a monument by the Ministry of Culture and Tourism since 2001.

It is renowned to be one of the most beautiful lighthouses in the entire Greece and also one of the most photographed landmarks in the area. You can get to the lighthouse from the Heraion car-park by walking up a small pathway to the right of the concrete ramp that leads down to the sanctuary of Heraion. The place offers some spectacular views of the Corinthian Gulf and the coastline of Corinth. Visiting Melagavi Lighthouse is a good chance to also visit the archaeological site of Heraion and Vouliagmeni Lake. 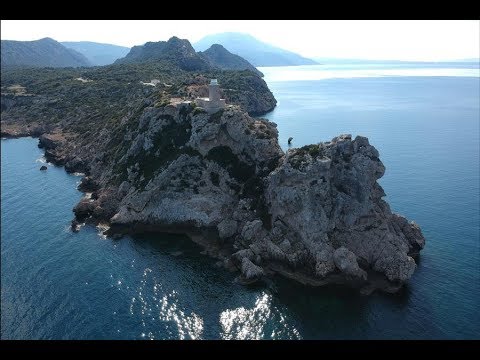