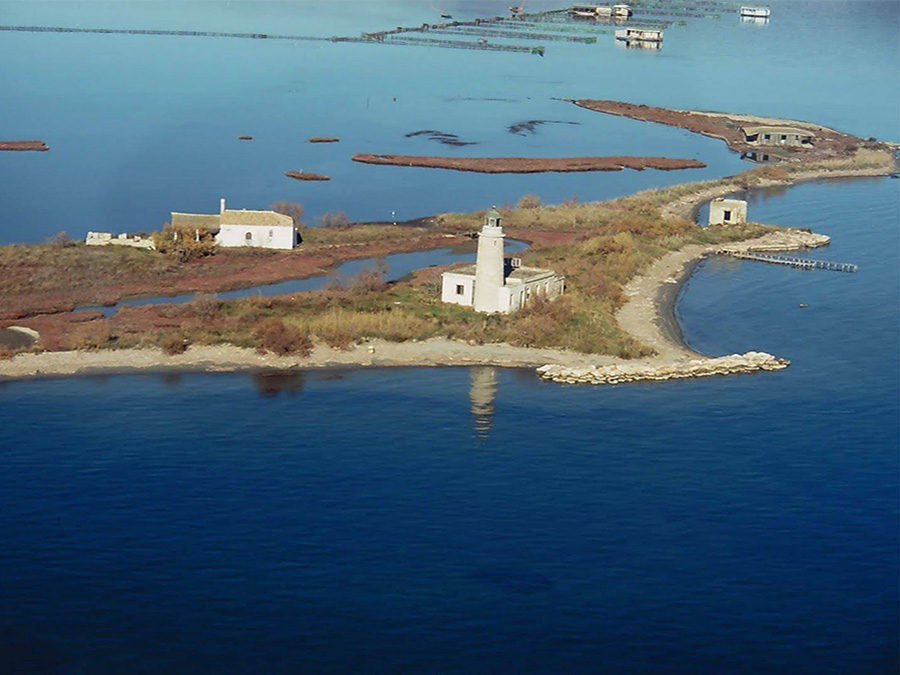 Agios Sostis is a small, uninhabited island with long history, located in the western part of the Messolonghi lagoon. It owes its name to the small chapel that stands on it. Back in 1770 the pirate fleet of the Doultiniones fought against the fleet of Messolonghi defeating the latter. On January 4, 1824, Lord Byron, on his way to Messolonghi, disembarked at Agios Sostis. On January 10, 1826 a naval battle took place between the Greeks, with admiral Miaoulis leading the Greek fleet against the Turks. The naval battle ended with victory of the Greeks. In 1827, Agios Sostis was also the stronghold of Astingos against the Turks who at that time had occupied Vasiladi. Today on the tiny island there is a lighthouse, the abandoned lighthouse keeper's house, the remains of the old customs building and the church of Agios Sostis which celebrates on September, 7th.

It is a ground floor building consisting of 2 corridors, 3 bedrooms, 1 dining room, 1 kitchen, 1 WC with shower and 1 storage room. The stone-built tower is of circular shape, 11m high. The lighthouse is located on the west side of the entrance of the Messolongi lagoon and has a focal height of 12 nautical miles. It is 5 nautical miles away from the port of Messolonghi and it can only be reached by boat.