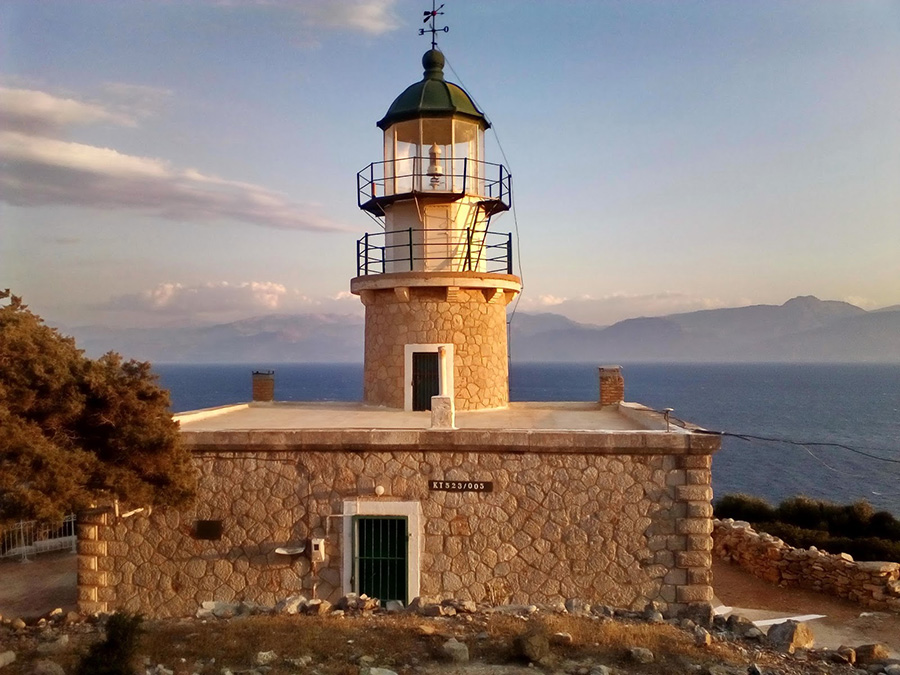 The building is a ground floor house consisting of 3 bedrooms, a kitchen and a corridor with a total covered area of ​​100m². Is a round tower made of concrete, 9m high,  and 1m thick. On the right there is a building consisting of a warehouse, a WC and an oven. It is located on the coast of Sterea Hellas and at a focal height of 65m.

A dirt road of 3km ends up to the lighthouse.