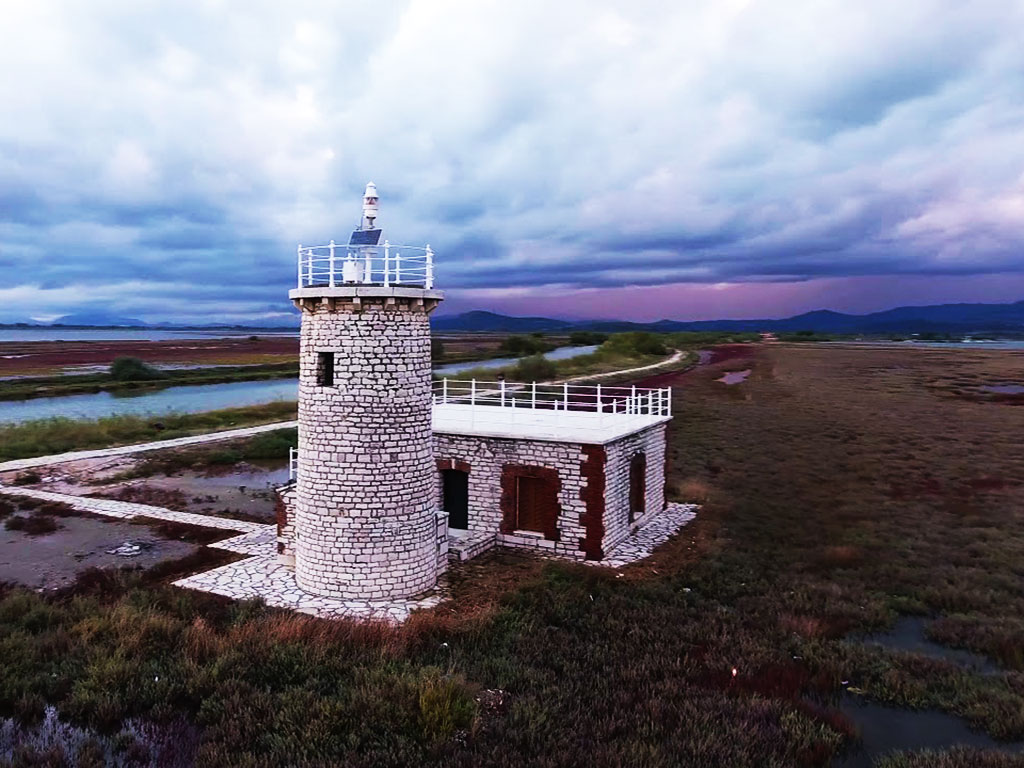 It was started in 1893 with oil as a source of energy. During the Second World War, the lighthouse remained off. In 1945, he reopened as supervised with oil as a source of energy. In 1957 the oil machine was replaced with an automatic acetyline torch, which operated until 1985. Then it was transformed into a solar with two white flashes, with a red flash per 16s and a range of 3m.

The building consists of a stone-built tower 9m high with a house for the lightsmen. It is located at the eastern end of the old entrance of Arachthos, on the coasts of Epirus and at a focal height of 9m.

The access to the lighthouse is through the area of ​​Menidi, it is an asphalt road of wich the last 400m is dirt road in good condition.