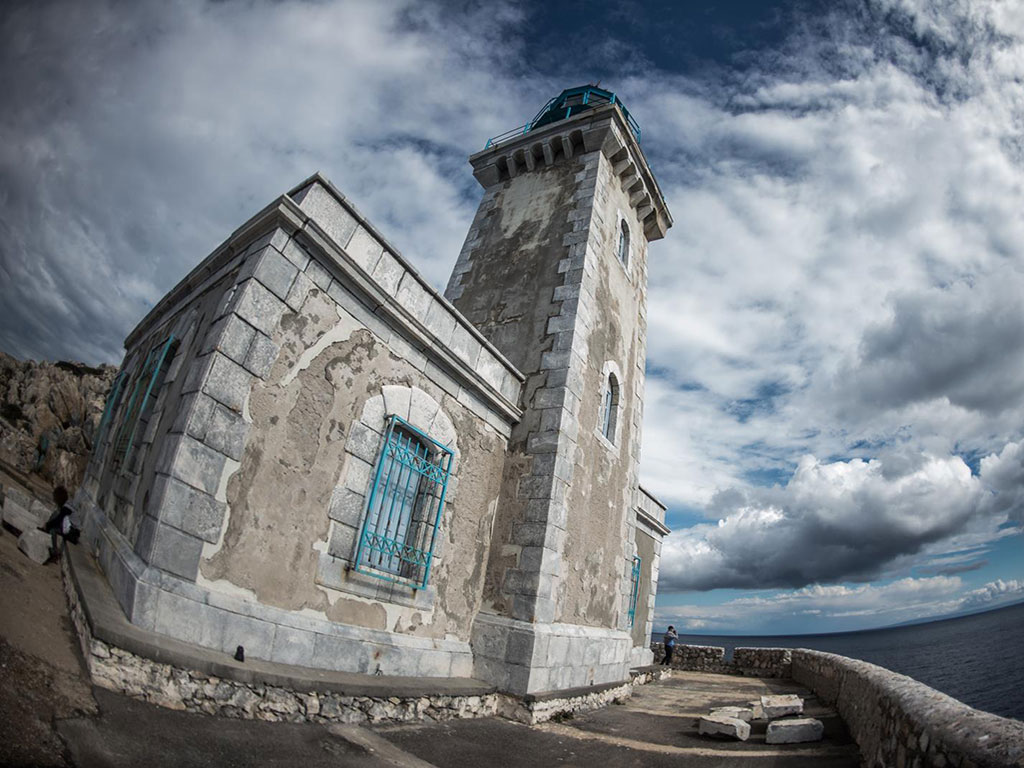 It was started in 1922. During World War II, the lighthouse remained off. In 1945, he reopened as supervised with oil as a source of energy. In 1953 the oil machines were replaced with an automatic acetyline torch, which was placed above the house on a metal column. In 1999 it was transformed into solar with a white flash per 15s and a range of 6m.
The building is a square stone built house. It is located at the southwest edge of the homonymous harbour and at a focal height of 41m.