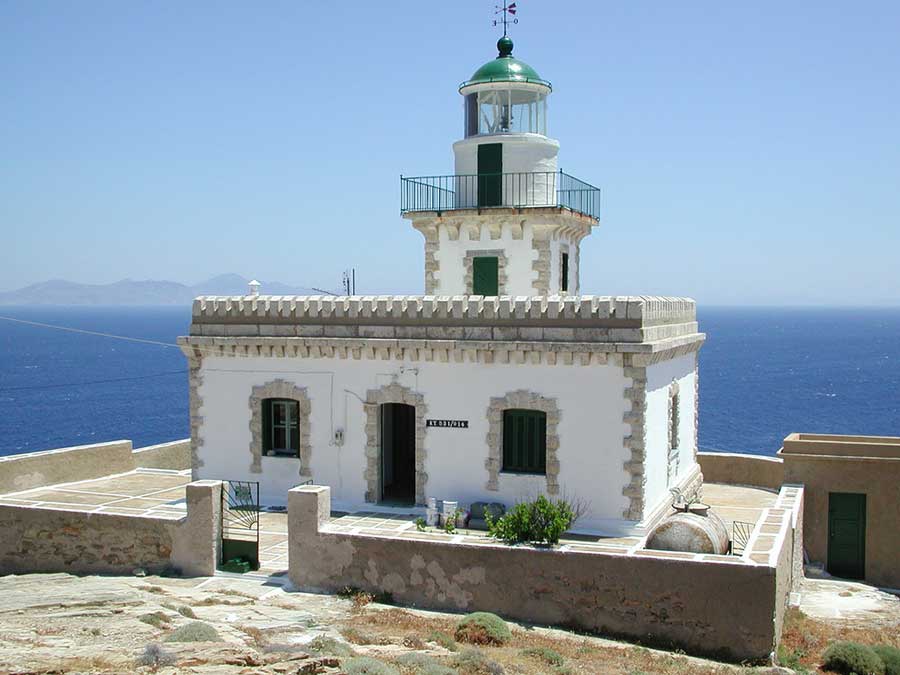 The square tower has a height of 9.7m and a house for lightsmen. The lighthouse is located at the southern point of Serifos Island, at a focal height of 67m, and is accessed by a 4km dirt road from the port of Serifos, of which the last 300m is in a very bad condition.