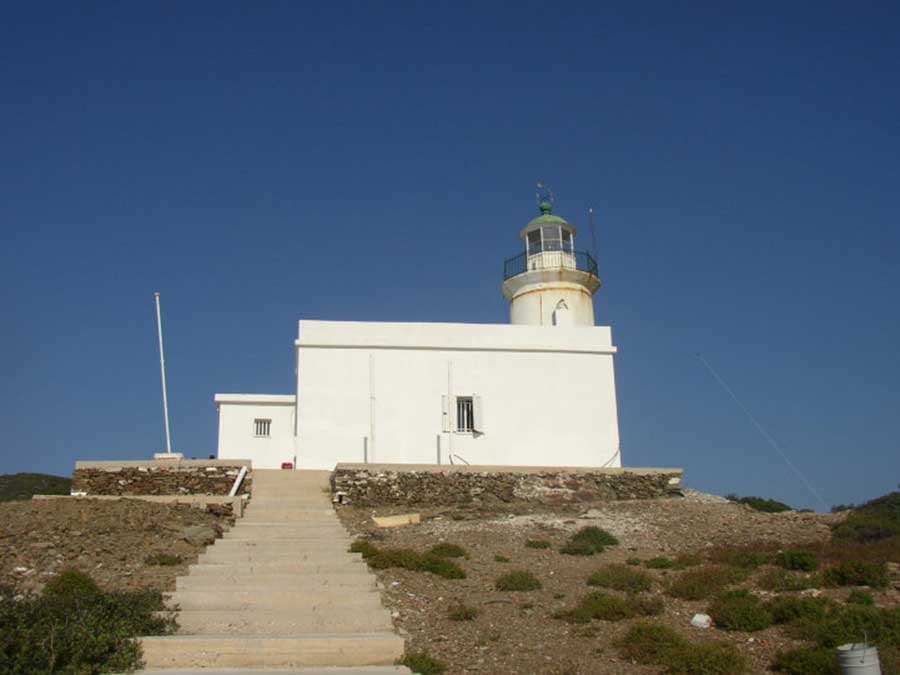 The white tower is circular of 8.5m height and it is located east of the homonymous isle, 200m from the coast and at a focal height of 69m.

Access is via the Oinousses harbor to the beach of Faros and then by a 300m asphalt road to the lighthouse.

E. end of Passas I. of Oinousses Is.