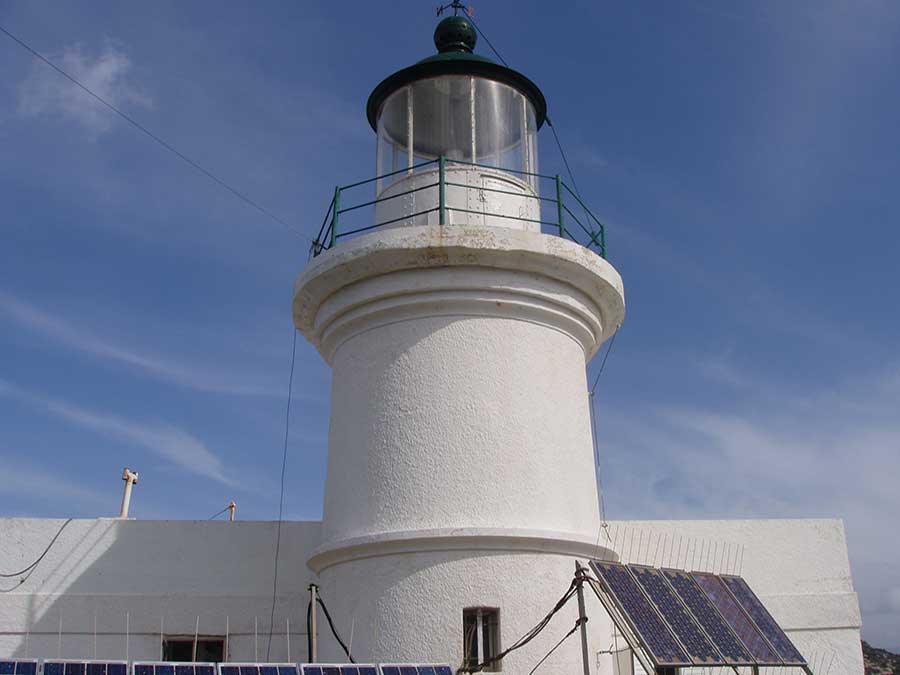 The lighthouse was built in 1910 when the islands of the Dodecanese were under the protection of Italy. In 1947, he joined the Greek Lighthouse Network. During the Second World War, the lighthouse remained off. In the context of the reorganization of the Lighthouse Network, it re-opened in 1948 with oil as a source of energy. In 1987 the oil machines were replaced and the lighthouse operated as supervised solar with a white flash per 5s and a light range of 17n.m.

The building is a ground floor house consisting of three bedrooms, a corridor and a kitchen. Near the house there is a kiln, storage room and WC. All the houses are surrounded by 0.45m stone. The circular masonry tower has a height of 4.3 m and an internal diameter of 1m.

Inner of S. end Strongyli I.