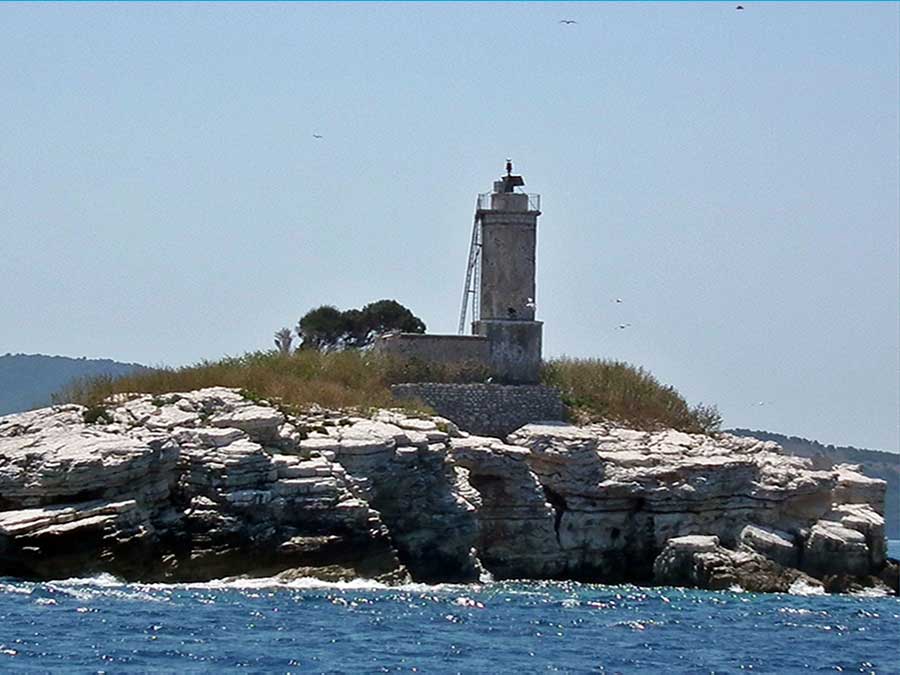 A light was exhibited from a rocky islet off the norteast tip of Corfu Island at Peristeres as early as 1828. It was one of the first beacons established in Greece after the War of Independence. Peristeres means the "doves" or "pigeons". The lighthouse was constructed by the British during their rule of the Ionian Islands. The first light may have been a simple column holding a beacon. It signaled the entrance to the narrow passage between Corfu and the mainland. By 1872 the beacon needed to be replaced and a sturdy stone tower was built. Unfortunately, the 1982 lighthouse is now in ruins due to earthquakes and attacks by German bombers during World War II. Still the Hellenic Lighthouse Service keeps a small modern beacon on the site. The lighthouse is sometimes called "Kaparelli Light" or "Tiniozo Light". It is a quide for ships headed south out of the Adriatic Sea. The Albanian coastline is visible in the distance. The turbulent waters around the island constantly erode its shores. The intense rainstorms of the isle inspired Prospero's stormy island in Shakespeare The Tempest.The site is accessible only by private boat. It is dangerous to visit , due to the ruined buildings.