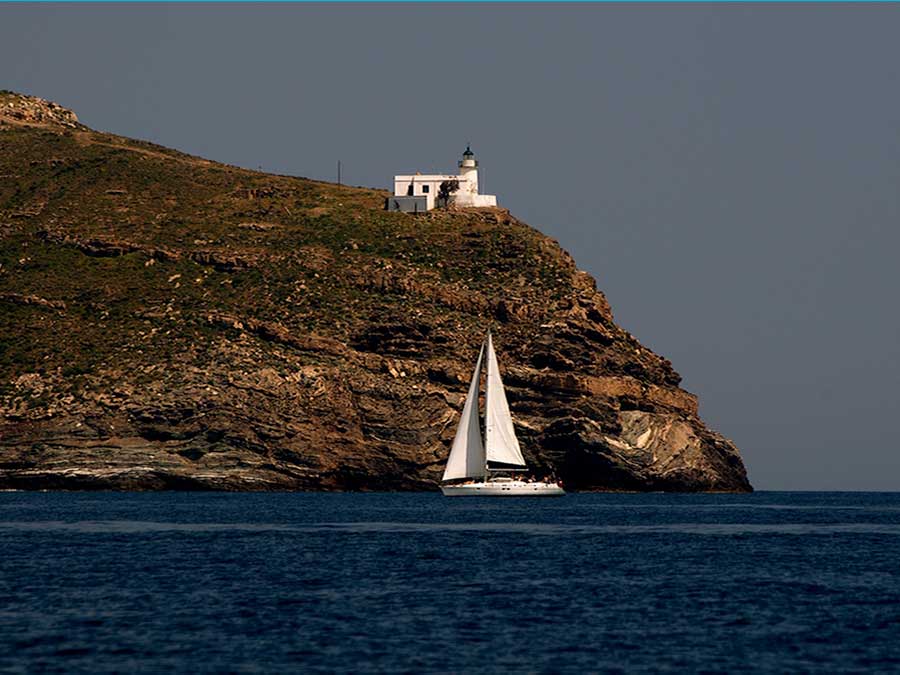 The Tamelos Lighthouse was built in 1893 on the steep rocks between Kea and Kythnos to guide vessels sailing the passage between the two islands. The 34-foot-high (10.40m) round stone tower rises from a one-story stone keeper's house. The house has three bedrooms, dining room, kitchen, storage room and toilet but it is now abandoned. The lighthouse was first lit with kerosene as source of light and the white flash had a range of 20 nautical miles. During World War II, it was extinguished and was not relighted, until 1945. In 1981 the oil engines were replaced and the lighthouse was automated. In 1990 it was electrified. The current beacon exhibits two white flashes every 15 seconds and in clear weather has a range of 17 nautical miles. Located at a focal height of 61 meters on the south point of Kea, the light is accessible by road from the port of the island. In order to get there, you have to head towards the island’s quarries and follow the road signs.