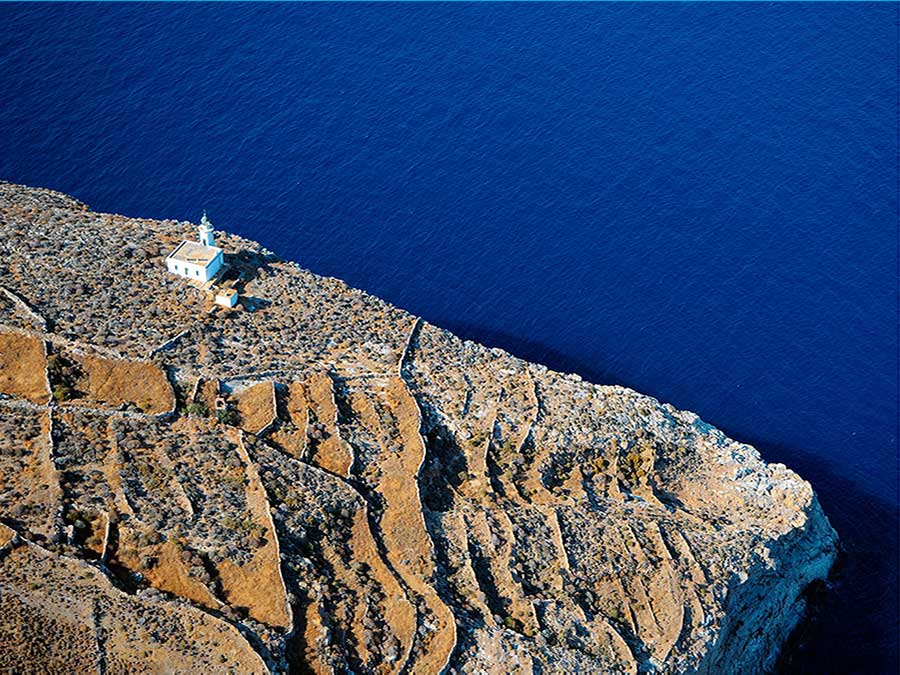 The lighthouse was built in 1919 but first opened in November, 1921. Located on a rocky outcropping on the southwestern coast of Livadaki beach, it stands as a beacon to sailors of the past and present for the last 100 years. The lighthouse was first lit by a wick and subsequently with an oil/steam mechanism. In 1986, the oil machines were replaced and the lighthouse has been powered by solar energy since. Standing 58 meters above sea level, the white-washed lighthouse features an 11-meter-tall tower with a light on top that is visible from up to 17-20 nautical miles away. The little house beneath it being the one that used to host the lighthouse keeper. It consists of two bedrooms, a kitchen and a storage room.

The Aspropounta Lighthouse is a must-see place when visiting the authentic island of Folegandros. It offers a beautiful view of the endless blue of the Aegean Sea no matter what time of day you visit. Visiting this iconic landmark will include a walk around the base of the structure since the building itself is closed to the public. It can be reached by boat from Karavostasis port or on foot, either from Livadaki Beach or Ano Meria. Since it is located close to the beach of Livadaki, planning a trip to visit it can be easily combined to a trip there. Visitors choosing the trail from the village of Ano Meria to the lighthouse will have to walk about 60’ minutes.