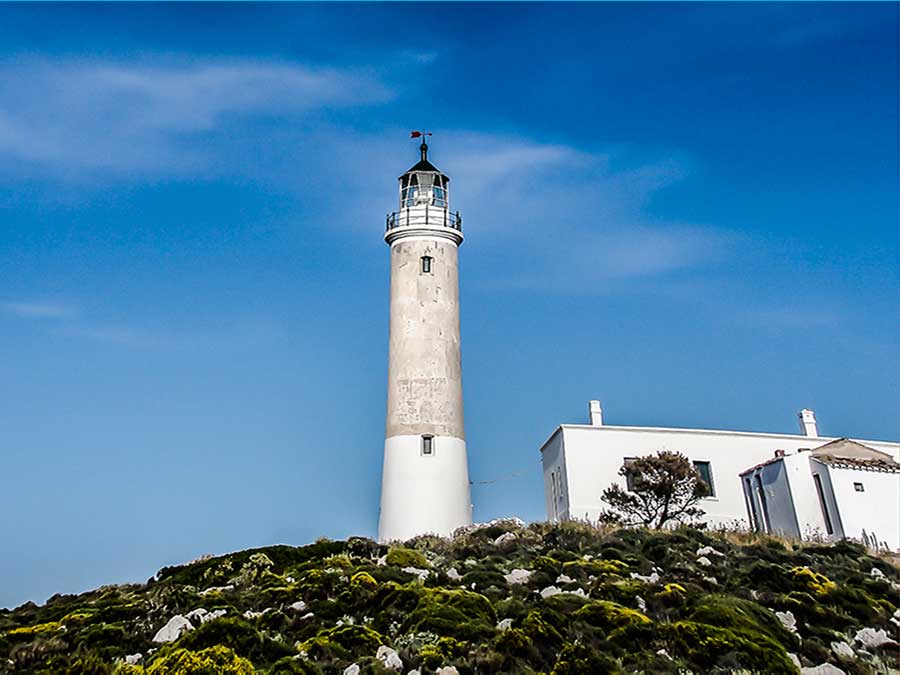 It was started in 1857 with oil as a source of energy, with a white flash per 60s and a light range of 20m. During World War II the lighthouse remaind off. In 1945 he reopened with electricity. In 1989, it became automated and transformed into solar.

The building is a ground-floor stone-built house consisting of four bedrooms, three internal storage rooms, two living rooms, a kitchen and a WC. The circular tower is near the house. There is one more external warehouse.

The lighthouse connects to the port of Agia Pelagia through an asphalt road for about 1500m. After that there is a good path.