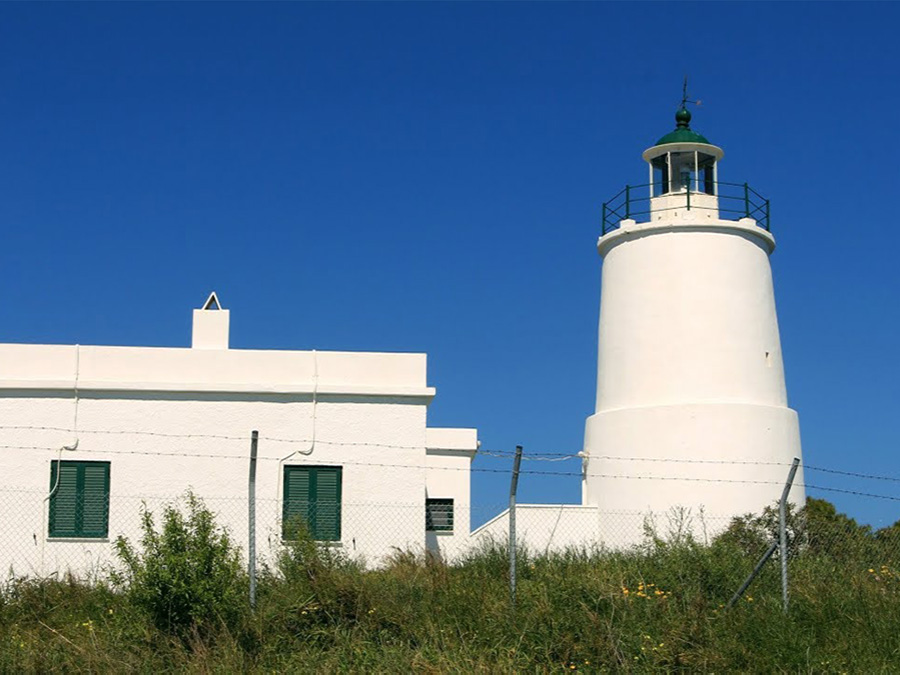 Spetses Island lies at the Southern end of Argolis, a mile offshore in the Golf of Argolis. Ferries connect to the island from Piraeus and nearby Kosta on the Peloponnese. Spetses is famous for its fragrant flora, including many wildflowers and Aleppo pine forest. Large vehicular traffic is forbidden but residents and visitors have plenty of horse-drawn carriages and donkeys for transport. The lighthouse has a helicopter pad for use by the Hellenic Lighthouses Service.Spetses was home to Laskarina Bouboulina, a national hero who spent all her fortune to build ships to fight in Greece's War of Independence against Turkey beginning in 1821. Her statue stands on the waterfront at Dapia Harbor also called Limani and her bones are kept in a nearby church. On a promontory enclosing the east side of the harbor at Final Point is the lighthouse. It is one of the oldest lighthouses in modern-day Greece, established in 1831 with funds a public tax levied shortly after Greece gained independence and with money donated by a wealthy family on the island. The original tower's lamps probably were illuminated with olive oil but whale oil also may have been used. The tower was rebuilt in 1885 and equipped with a kerosene beacon. Ioannis Nouhakis wrote in the 1901 edition of Greek Horografia: "On the Northeastern entrance of the old harbor exists a white constant light of the sixth order, on a round stone-built tower. At a distance 30 meters north of the tower is the residence of the keepers."