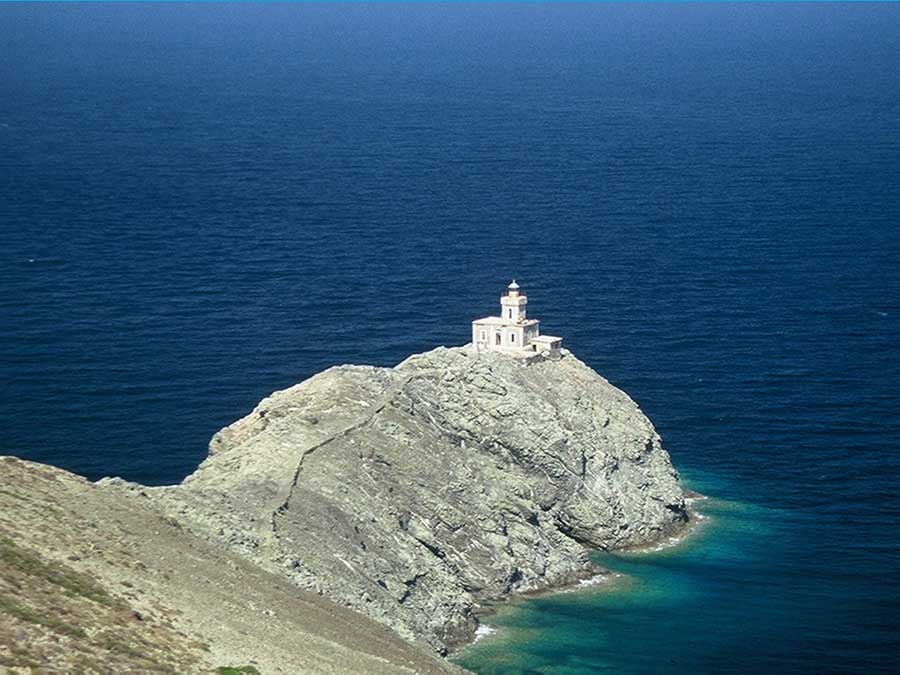 The lighhouse of Livada is not as old as many of the other lighthouses of Greece. It was built in 1910 on a piece of rocky ground jutting into the sea, on cape Papargyras, close to the village of Livada, in Tinos. The tower rises 10 meters and its focal plane is 41 meters. It first operated with oil as source of light. During World War II, it was extinguished and started operating again in 1946. In 1981 the oil engines were replaced and the lighthouse became electrically operated.

The structure covers an area of 70m² and features a square stone building consisting of three bedrooms and a kitchen. Outside of the building there is a warehouse, a WC and an oven. The tower is 0,80, thick and has a diameter of 1.80 m. The tower itself along with the adjacent buildings are sadly neglected and have suffered severe damages both internally and externally. Even in its neglected state, it is well worth a visit for the spectacular views it offers.  The road towards the lighthouse passes through the village of Steni and continues around Tinos highest mountain, Tsiknias. It is a downhill dirt and steep track almost 2 km long.