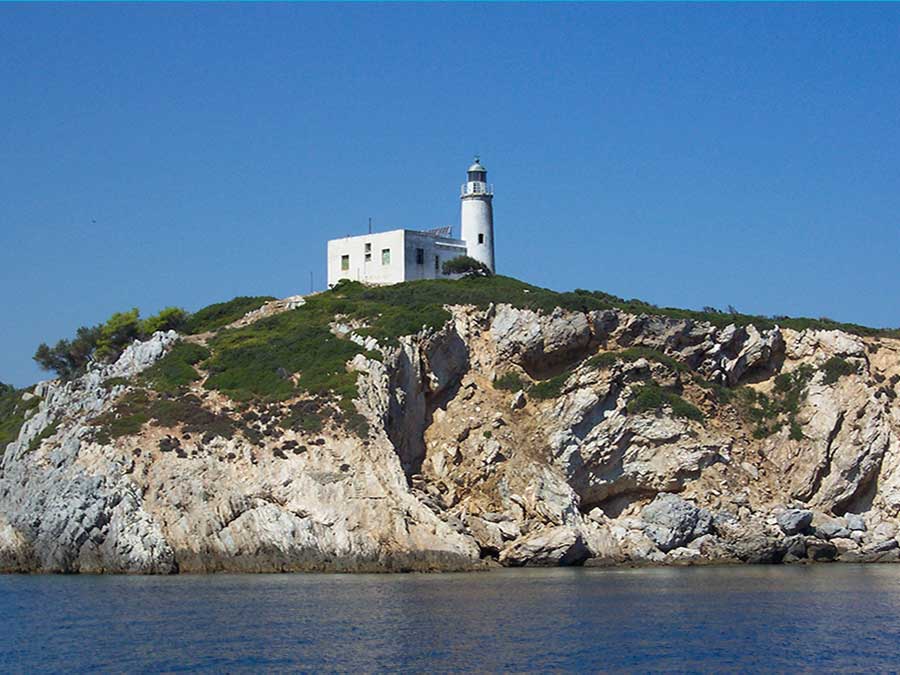 The ground floor of the building consists of four bedrooms, and two auxiliaries, with an area of ​​approximately 120m².

The tower is circular adjacent to the house of 15,1m. It is located on the west coast of Skiathos-Skopelos and at a focal height of 39m and can be reached by boat from the port of Skiathos.