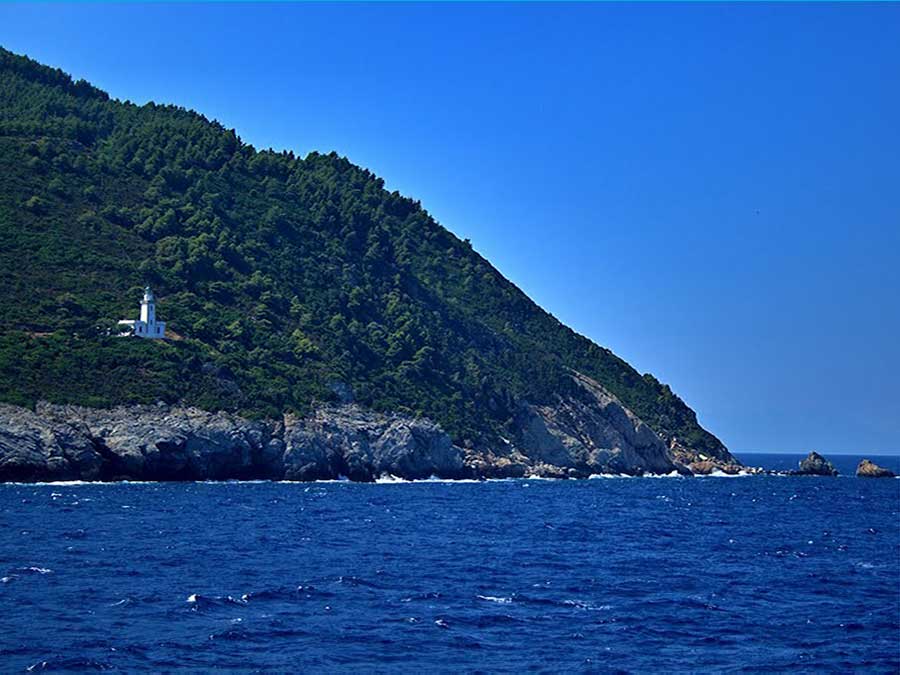 This lighthouse was manufactured in 1884. at the northern end of Skopelos, at the Cape Gourouni. Initially, the lighthouse operated with oil, while during the Occupation of Greece it remained off. It resumed in 1944 and in 1984 it was electrified and continued to operate as a supervisor until 1989 which was automated. The lighthouse has 3 white lights per 30s and a light range of 20m.

In 1996, the Ministry of Culture was designated as a historic monument. It is an impressive building that dominates the green slope of the mountain and consists of the parapet and the tower built into it, the top of which is the luminaire. The tower of the lighthouse is square, stone-built, has a height of 17,8 metres and its crest is formed with a towel of the toks which support its cornice and form the plane on which the light cage.