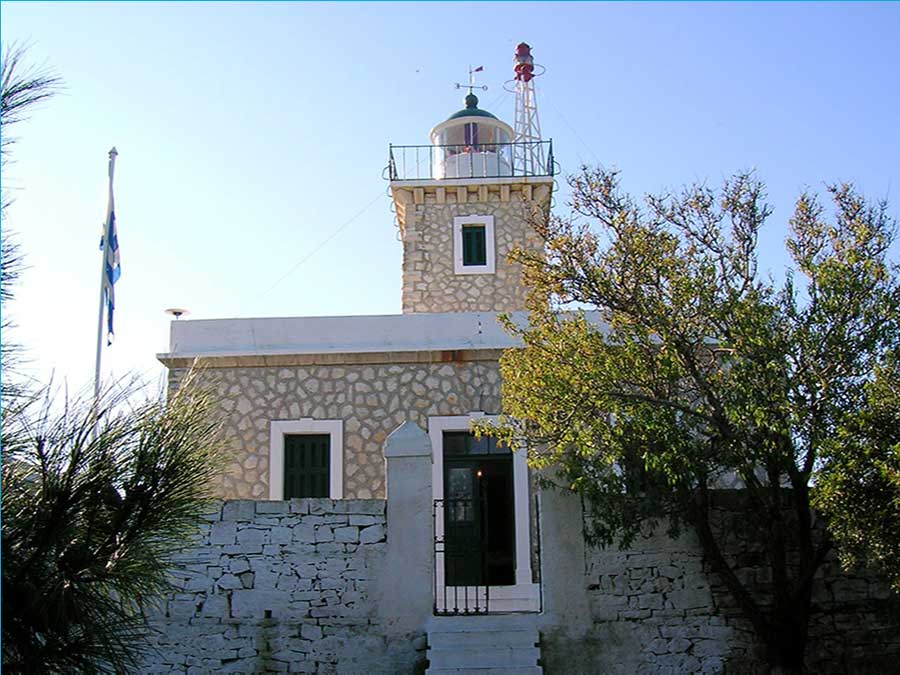 Anti - means "not" and so this island is "not Paxoi". Its small population of about 30 farmers grows mostly grapes. In winter all but the lighthouse keepers and an agricultural officer leave the island. The lighthouse located on Cape Ovoros on the southeast tip of Antipaxoi Island is a natural stone square tower abjoining one side of a square single story dwelling. A stone wall surrounds the compound which sits on the southeastern tip of the island. Inside the tower the keepers have an exhibit of old equipment and tools from the towers early days as a fourth order beacon. Persistent fogs and humidity in the area rendered the lighthouse insufficien since it often shone above the fogs and mists. So a second less elevated lighthouse was built on Cape Varlam. The lighthouse is staffed but mostly for the museum rather than the upkeep pf the beacon. Visitors are welcome provided the lighthouse is open. Hours appear to be radom however. The island is accessible by private boat or water taxi from Paxoi and its an easy walk from the landing to the lighthouse.