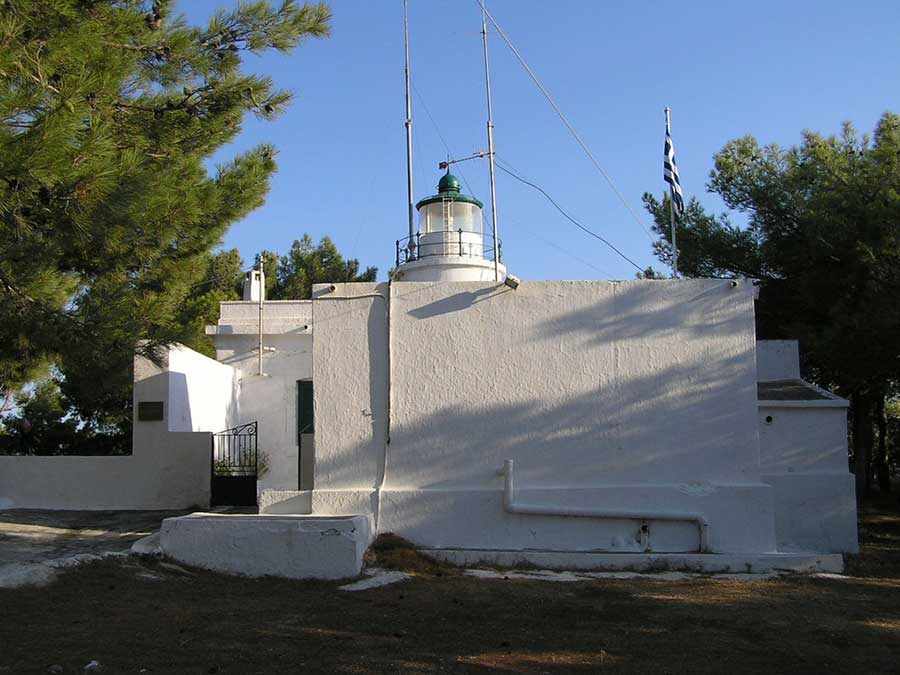 The building is a ground floor house, consisting of a corridor (hall), three bedrooms, a living room and a kitchen with a total covered area of ​​127.70m². The tower is a stone-built outer and inner circular of 2.20m diameter and a height of 7.5m. It is located at the southwest point of the island and at a focal height of 194m.

The lighthouse connects to the port of Zakynthos via an asphalt road.