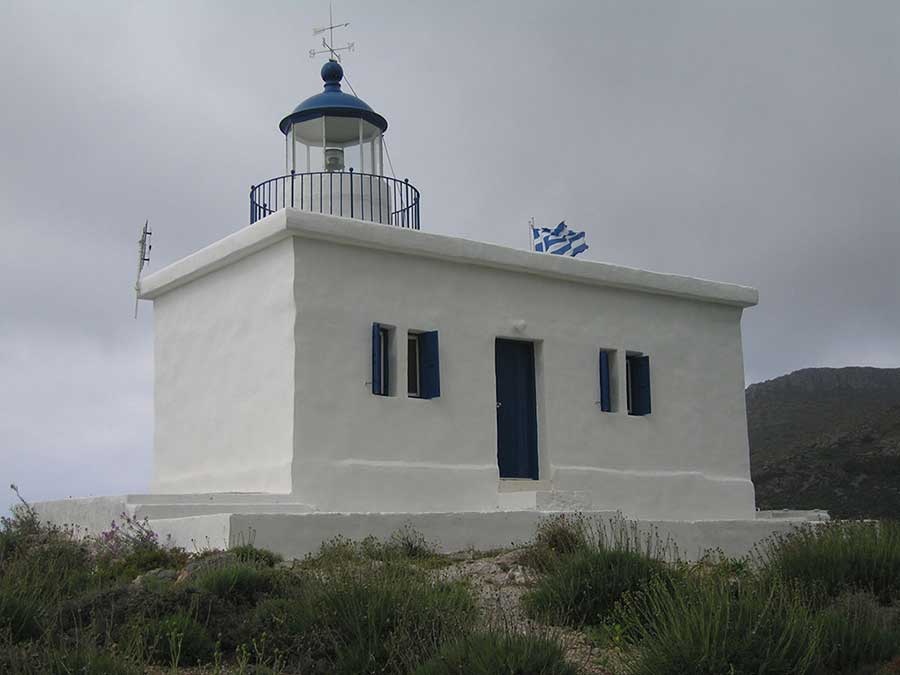 It was started in 1853 with oil as a source of energy, with a red flash and a light range of 8m. During World War II, the lighthouse remained off. In1945 it reopened with oil as a source of energy. In 1953 the oil machines were replaced with an automatic acetylIne torch, which operated until. Then it turned into solar with a white flash per 3s and a light range of 10m.
The tower has a circular height of 6 meters with a house for lightsmen. It is located on the south side of the island of Kythera at a focal height of 25m. The access is made from the port of Kapsali by a 50m path.