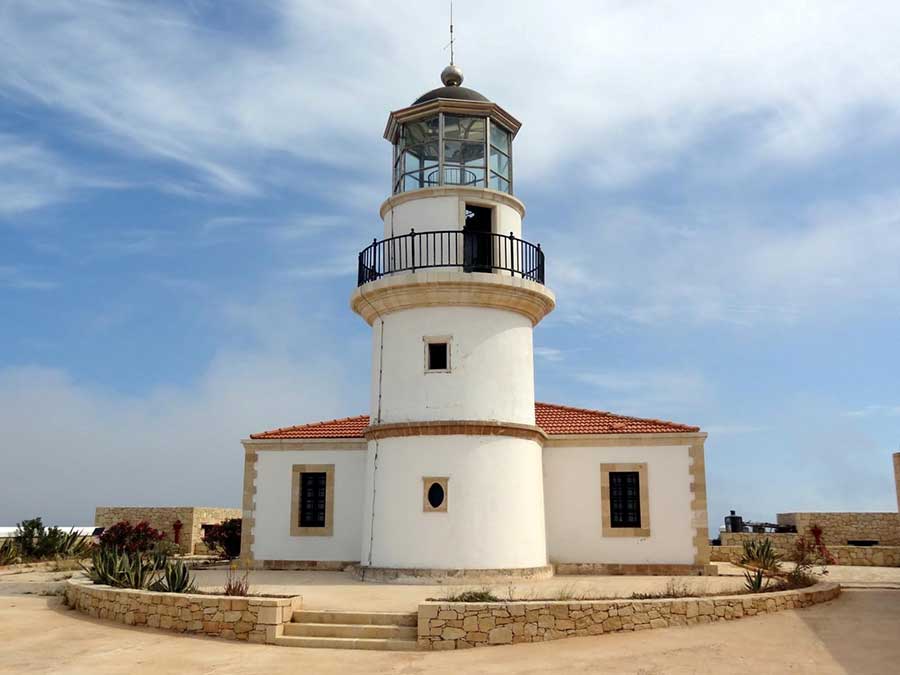 Located about 23 miles (37 kilometers) south of Sfakia, Crete , lies the dreamy island of Gavdos, the southernmost border of Europe, as well as the southernmost land of Greece. The original lighthouse stood in the same spot and was a round tower 30 feet tall (9 meters) standing 184 feet (56 meters) above the sea. It was visible 25 miles at sea (40 kilometers), but sea mists and clouds sometimes reduced its visibility. About 400 people lived on Gavos at the time the lighthouse was established. The lighthouse was totally destroyed by fire during World War II. After the war , it stood in ruins and s skeleton tower light replaced it. Today a 13.1 foot (4 meter) metal framework tower provides the beacon flashing once every second from a skeleton light tower on tiny Gavdopoula Islet , just offshore of Gavdos Island. Gavdos or Gavopoulas Lighthouses a replica of the original 1180 light tower, stands on the highest point of the northwest part of Gavdos Island. Gavdopoula means "Little Gavdos". 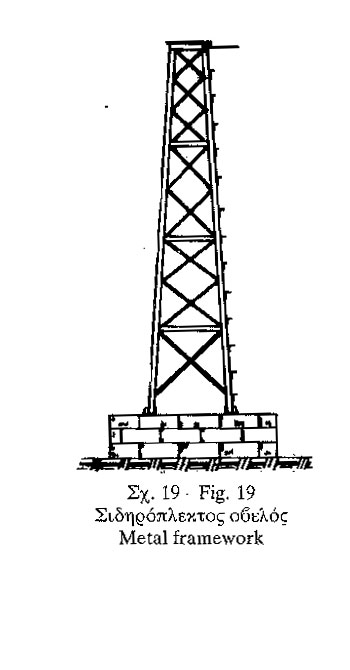