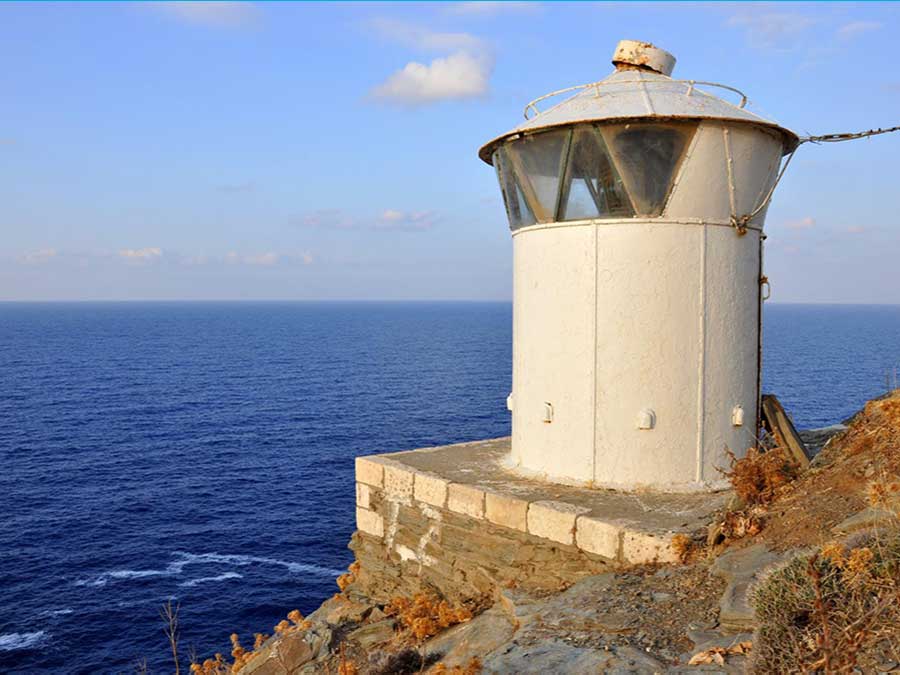 Many do not even know its existence. However, it has been there for decades, illuminating the northern coasts of CreteThe lighthouse of Panormos is located east of the homonym coastal settlement. It can be accessed after walking 30 minutes a dirt road that starts from the local cemetery, passing through the arid pastures of the region, while having unique view on the northern shores of province Mylopotamos and Panormo. During the course, we get impressed by the geological formations of the phyllite rocks. At the highest point of the route, the dirt road stops and turns to a steep downhill trail (approximately 100m long) leading to the lighthouse, which passes on the edge of the vertical coast cliffs.