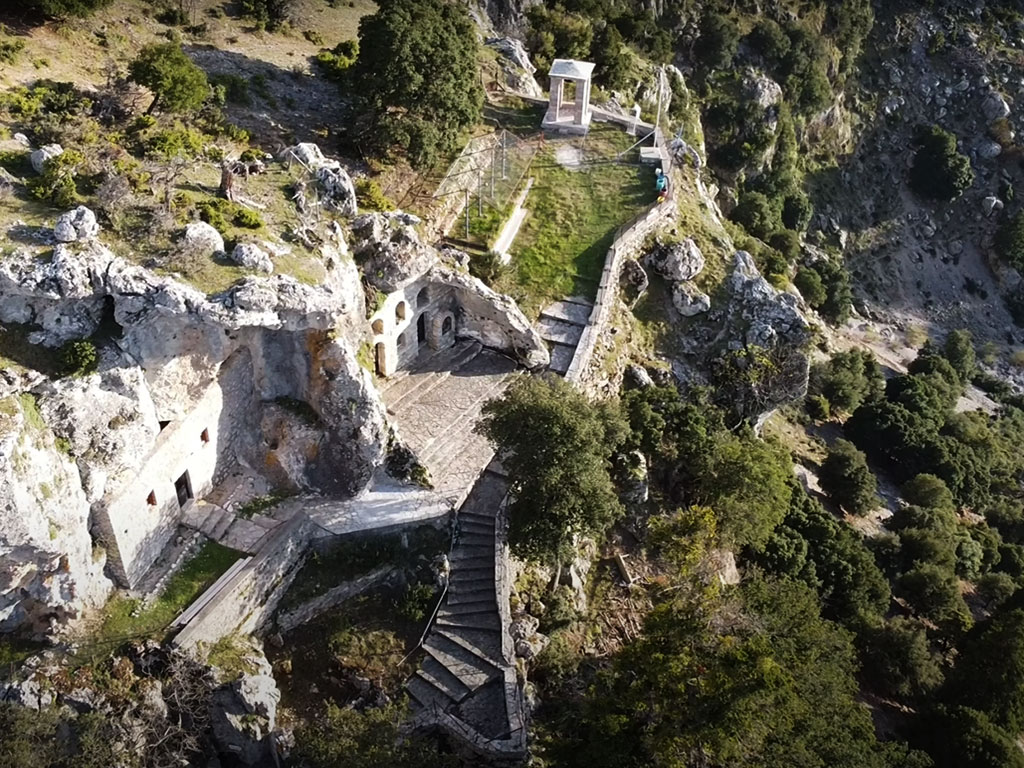 The church of Zoodochos Pigi is located at the foot of Giona mountain near the village of Sykia or Sykea. The small church was built at the entrance of the cave in which the Miraculous Icon of "Zoodochou Pigi Arsali" was found. Behind the iconostasis of the church there is a natural lake, creating a mystical atmosphere. Arsali, means Holy Jerusalem, in the abbreviated local dialect. Crowds of believers flock to worship at the church, between the ancient stalactites and stalagmites, but also the small natural lake of the cave.

According to tradition, in the old days, from the various herds that existed in the area at that time, a ram was constantly disappearing. When this happened, it always had its muzzle wet, which was strange because there was no known source around the area. At one point the shepherd (of the sheepfold where the ram belonged) followed the ram and discovered the cave in which there is a source of water. Entering the dark cave  he saw a light at the back of the cave.

Moving towards the light, he saw a young girl combing her hair. As he approached her, she disappeared through the rock. Immediately after this event, he returned to the village, where he reported the incident and what had happened inside the cave. Since then, many shepherds have reported that they too have seen this girl combing her hair and that as soon as they tried to approach her, she always disappeared.

After sometime she did not appear again and at the place where she used to comb her hair the icon of Zoodochos Pigi (Arsalis) was found. So the villagers decided to built a small church in her honor. The little church celebrates on Easter Friday, when a service takes place there. Right next to the small church, there is a second one, the church of Agios Dimitrios, built in a smaller cave.

To reach the church, you must follow the road from the village of Sykia towards Lidoriki. About a kilometer after Sykia, making a detour to the left towards the mountain and after crossing a dirt road of about 2 kilometers, you will find youself in front of a beautiful cave inside in which is the church, of "Zoodochos Pigi". 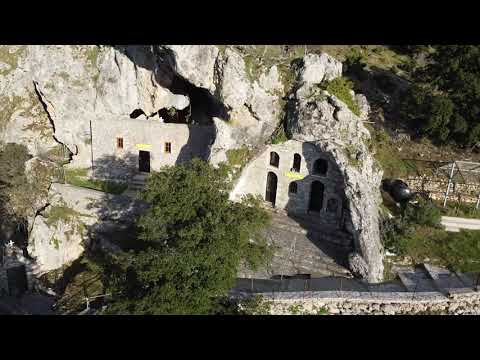