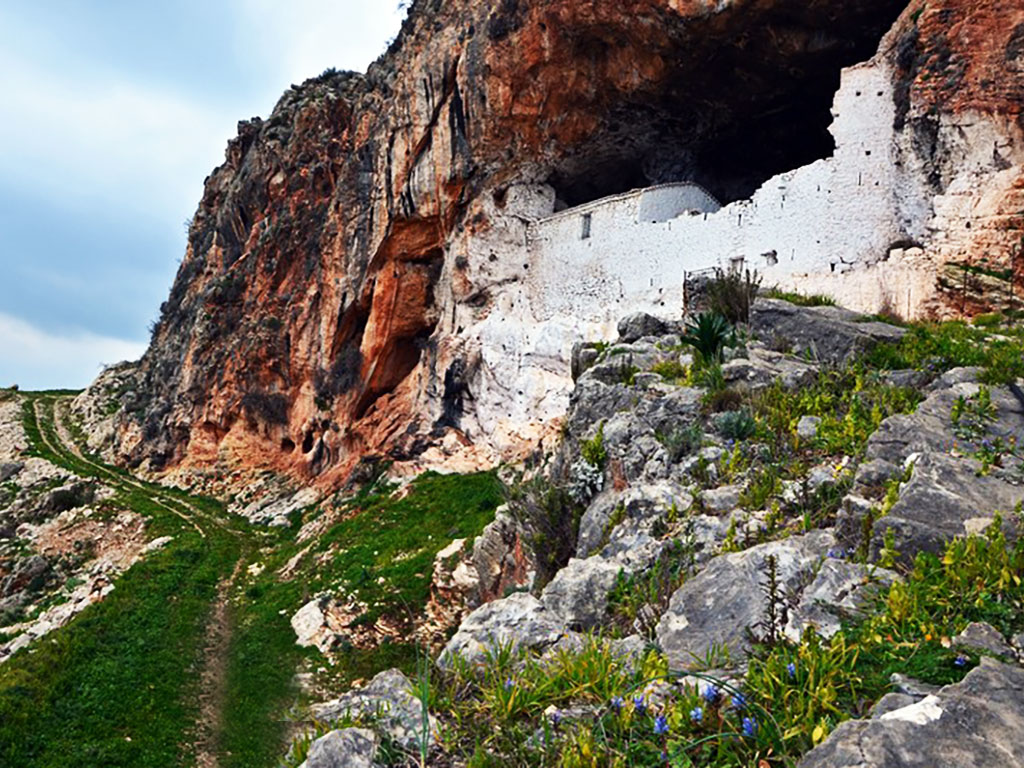 Near the mountain village of Houni, high on the ridge of a steep slope, you can see an impressive cave with a high stone wall in front of it, behind of which is built the chapel of Agia Rousali Vroustiou. With a great view to the Argolic Gulf up to Nafplio, the small hermitage, dedicated to the memory of St. Jerusalem or to Panagia Ypapanti, stands majestically above the settlement and seduces the visitor.
Built before 1700 by local shepherds, the chapel was named "Agia Rousali". According to tradition, a monk from Jerusalem took refuge in the cave, during persecutions and lived in this inaccessible cave, having transported icons and other sacred relics by the Holy Land. There is a second version, according to which the small church was named after the 3rd century AD. from St. Jerusalem, who came from Alexandria, Egypt with her three children, to preach the word of God.
Due to its location, the cave, with the church inside and the stone wall, in which a series of loopholes can be seen, served in 1770 as a fortress-refuge of the Argians hunted by the Turks, while during the Greek revolution of 1821 it was the base of Captain Dagre and his fighters.
The small chapel of Agia Rousali Vroustiou is visible from the road that connects Argos with Karya. Τhere are two ways το access the cave, the first via a steep uphill path from Houni, or via a passable dirt road from Vroutsi.