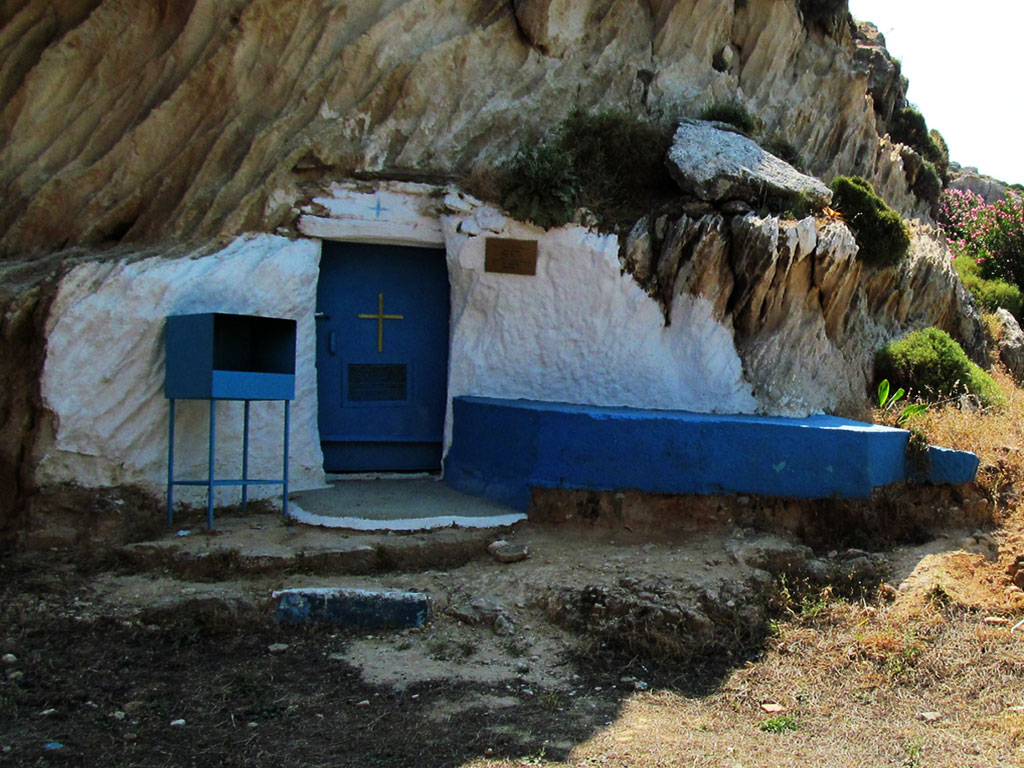 The rock church of Agia Agathi (St Agatha) at Agathi Beach [near Haraki] is said to have been used by hermits who lived in nearby grottoes in around the twelfth century. The apse is formed of two niches behind a screen of rock that acts as an iconostasis. Hewn entirely from the rock, with the remains of ancient frescoes, the church resembles a catacomb. A plaque outside dates the church to the 14th-15th century.