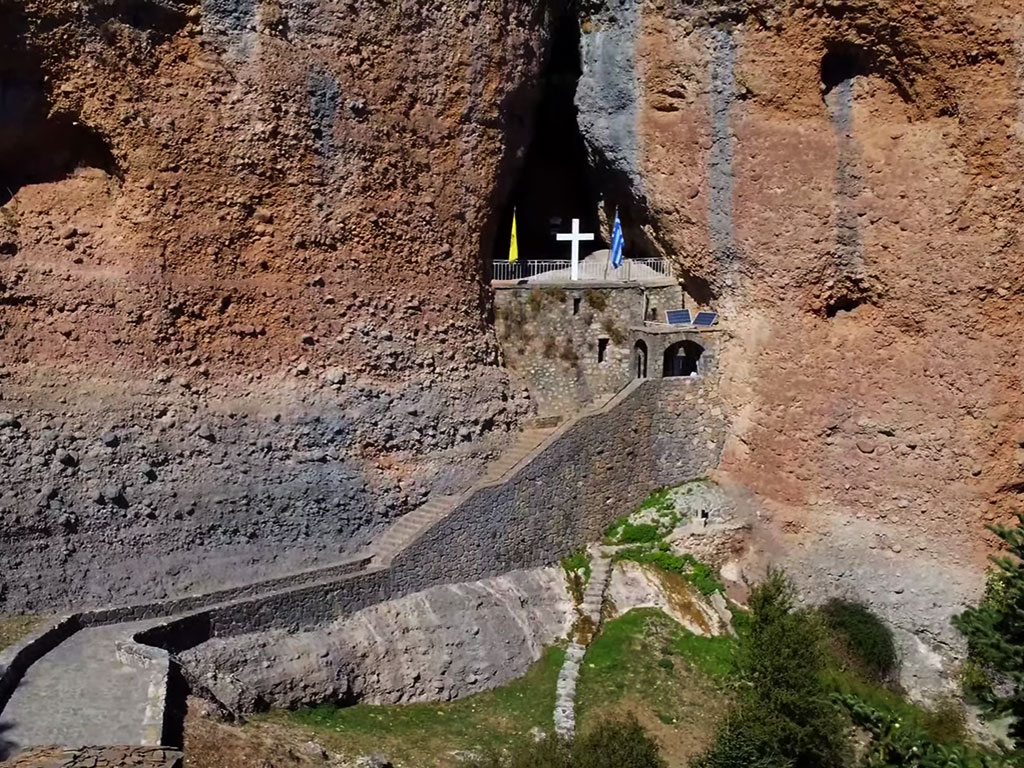 Church of the Virgin of the Rocks

The church is located in the beautiful area near the village of Kato Tarsos on the plateau of Feneos, Corinthia. The area is also known as “the Meteora of Corinth“ due to a cluster of vertical rocks, almost smooth, with vertical irregular slits. In one of those slits is built the impressive church of the Virgin of the Rocks. According to tradition, it was founded as a fulfillment of a sacred oblation by a woman from the nearby village of Kato Tarsos, who was miraculously saved by the Virgin during the fall of Byzantine Tarsus by Muhammad II in 1458. During the fall of Tarsus, many women were captured, others killed and some chose to jump off the cliffs to avoid being enslaved by the Turks.

The church is always open to the public and you can get in through a large stone staircase. Inside the building, there are three vaulted rooms with several remarkable frescoes and icons, some of which date back to the 19th century. Among the icons is a one-piece wooden-carved icon of the Virgin Mary, holding the Divine Infant with her right hand. Αt the top of the church, there is a small balcony with a breathtaking view of the Feneos plateau. The spot can be easily reached from the village of Kato Tarsos through a dirt road, 1.5 km long. The church of the Virgin celebrates every year on the 23rd of August. Nearby you can also find the ruined Monastery of the Holy Trinity. 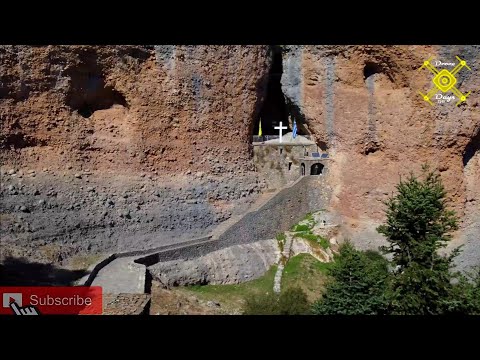