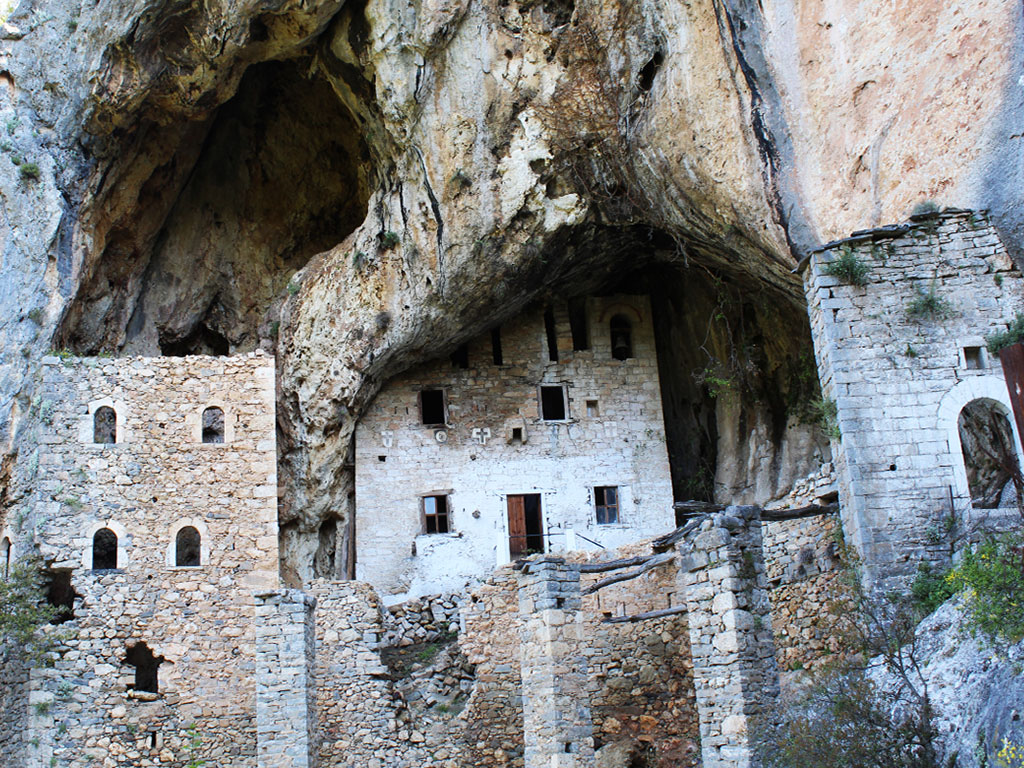 Agia Kyriaki is built south of Krivi. Τhere is no reliable information about the construction time of the monastery. According to tradition, shepherds of the area who were taking their animals out to graze, saw ατ night a light shining from the site where the monastery is today, which light disappeared in the morning. This phenomenon was repeated from time to time and one night they run all the way to that place in order to solve the mystery. When they reached the place they found in a hole the icon of Agia Kyriaki and built the monastery in her honor.

Testimonials reveal the existence of the monastery since 1800, while historical sources mention that a group of Vamvakites went to Constantinople to take permission to build the monastery of the Assumption; there, they came across a woman, who used to be a nun in Agia Kyriaki before being captured by the Turks and taken to Constantinople. It must be noted that this woman talked, among other things, about traces of a blacksmith’s forge and yarn at the position Doukas, as well as of water pipes n Paliochora (where Agia Triada stands today, near the Cemetery).These testimonials support the theory regarding the origin of the name of Vamvakou in relation to the cotton activity that flourished there.

Agia Kyriaki served as a refuge for persecuted Christians, but also for the people of Vamvakia in times of unrest and was the focus of important historical events:

Today, the monastery is no longer in operation, but remains an important historical site. To reach the monastery, you have to take the hiking trail that starts from Vamvakou square towards the forest. A beautiful route by the river and between the ferns that ends at the impressive monastery that is hidden in the rocks.