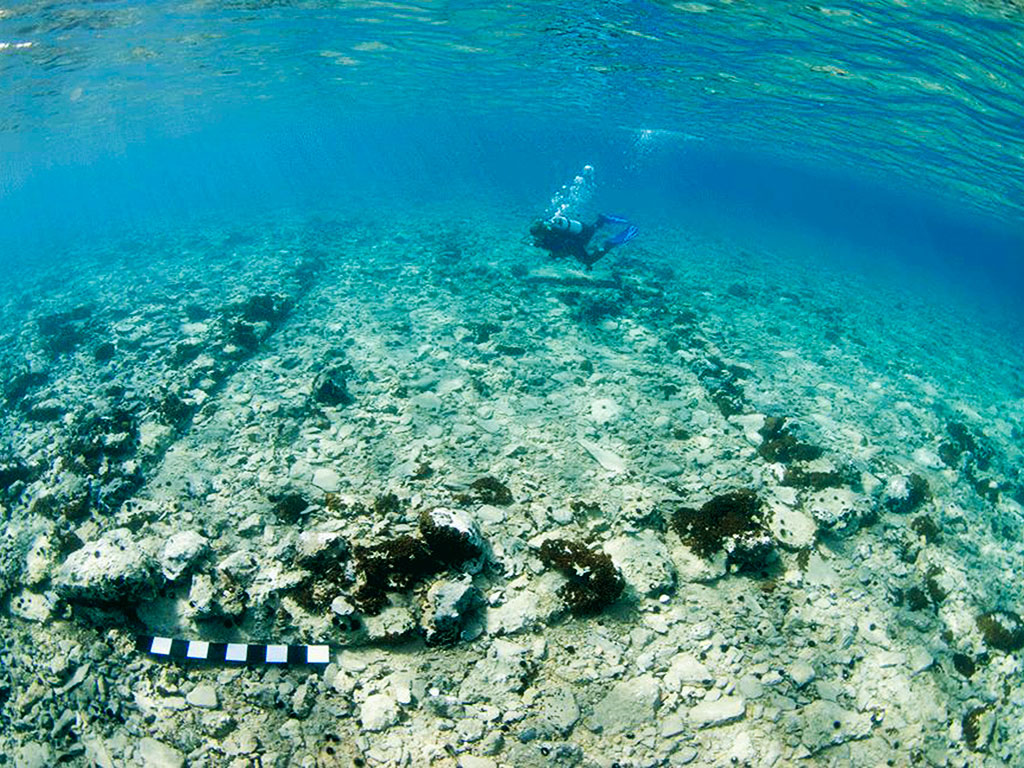 The islet of Pavlopetri, a second smallest island at a distance of about 400m and the coast of Pounta in Lakonia form an isosceles triangle where the remains of a sunken settlement are preserved. It is a prehistoric town  about 5,000 years old, making it one of the oldest submerged lost cities, as well as the oldest in the Mediterranean sea.

It consists of intact building foundations, courtyards, streets, graves, and rock-cut tombs. It is a city of well-built roads lined by detached and semi-detached two-storey houses. There are larger apparently public buildings and evidence of a complex water management system involving channels and guttering. Dotted in between the buildings and sometimes built into the walls themselves there are stone-lined graves.

New underwater research in 2009 consisted of detailed underwater survey of the structural remains (using a robotic total station and sector-scan sonar technology) alongside sampling of the artefactual material across the site. In addition to the digital recording of the 30,000 m² of previously known buildings, over 9000 m² of new buildings were discovered in 2009 including a large rectangular hall and a street lined with buildings.

The ceramics recovered conﬁrm the Mycenaean occupation of the site but also reveal occupation as early as 3500 BC making Pavlopetri, at over 5000 years old, the oldest known submerged town in the world.

Archaeologists have recovered the shards of everyday items such as cooking pots, crockery, jugs, storage vessels and grinding stones as well as finer drinking vessels probably kept to impress and brought out when higher status guests paid a visit or used to make offerings to the gods. Scattered all over the seabed at Pavlopetri are the remains of hundreds of large storage vessels known as pithoi.

Pavlopetri discovered in 1904 when the geologist Fokion Negri reported an ancient city in the seabed between the island Elafonisos and beach Punta in southern Laconia. Later, in 1967, oceanographer Dr Nicholas Flemming, University of Southampton, visited the underwater city and found the existence of an ancient submerged city in the depth of 3 – 4 meters. In 1968 Dr Nicholas Flemming returned to Pavlopetri with a group of young archaeologists from the University of Cambridge and in collaboration with professor Angelos Delivorrias, they mapped and dated the sunken city. They discovered a rare prehistoric residential town with many buildings, streets and even squares! Based on the findings, the team of the University of Cambridge announced that the Pavlopetri firstly inhabited in 2800 BC, while the buildings and streets dating from the Mycenaean period (1680-1180 BC). In 2007 Dr Jon Henderson and Dr Chryssanthi Frenchman from the University of Nottingham visited Pavlopetri and in collaboration with the Director of the Ephorate of Underwater Antiquities Ilias Spondilis undertook a research program for further archaeological investigations Pavlopetri.

In 2011 Pavlopetri became known to the world when BBC visited this place and using a specialist laser scanning techniques on location accurately recreated three-dimensional models of artefacts! So Pavlopetri became the first underwater city to be fully digitally mapped and recorded in three dimensions, and then brought back to life with computer graphics.

Pavlopetri is a fantastic finding, and there is a beautiful documentary by BBC, which will reveal you a spectacular view of an unknown world and civilisation 5000 years ago. 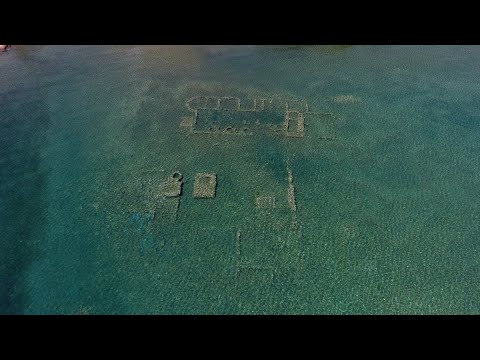