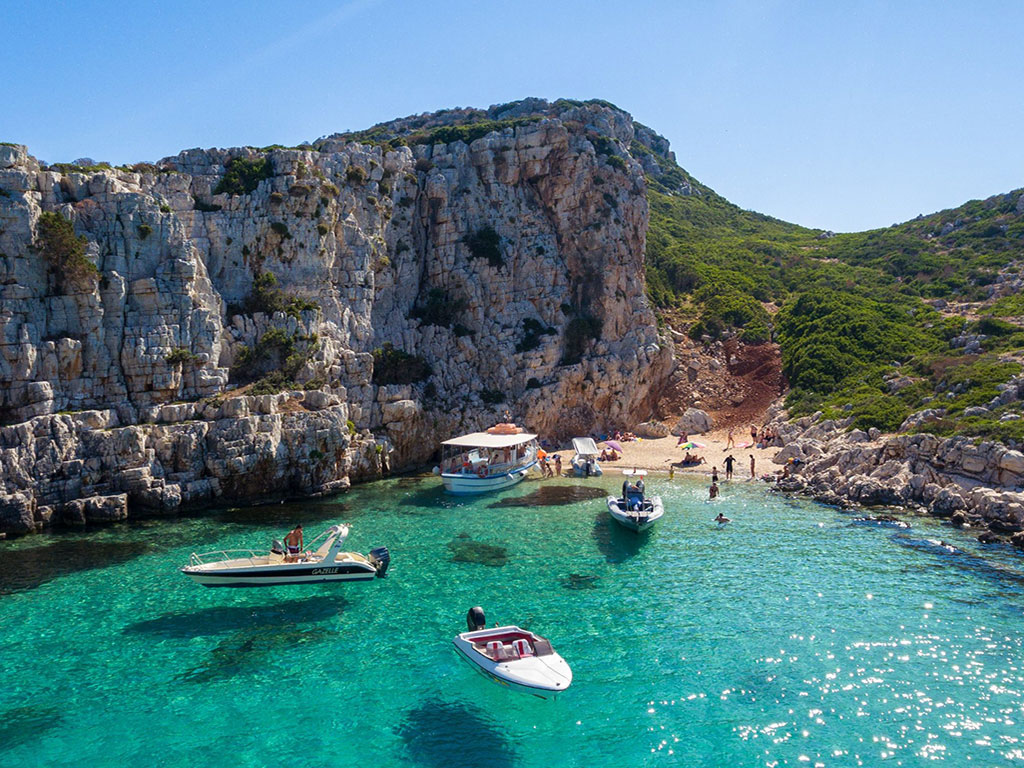 Proti is an island in the Ionian Sea, 2 nautical miles (3.702 m), across Marathopolis on the west coast of the Peloponnese. The name of the island derives from the ancient sea god Proteus, son of Poseidon. The island was first mentioned by ancient writers such as Thucydides, who wrote about the Athenian fleet which sailed around this island in 426 B.C. Proti has a great archaeological interest, since there is a Mycenaean acropolis on the island.

According to local traditions, the island was the shelter for sailors and pirates who used to hide their treasures there. In the place of "Grammeno" there are around 30 engraved inscriptions used to serve as signposts, dating back to the Post Classical, Roman and Byzantine era. These signposts have wishes of various sailors who were there in order to survive from storms and asked gods to offer them safety during their trips. Proti has served many times as a natural breakwater, protecting ships from the force of the waves of the Ionian Sea. Such a ship, is the battleship “Spetses” anchored on Proti Island back in 1899 to find shelter from a heavy storm.

The islet has a wonderful beach, known as Vourlia, which is located in a quiet cove with crystal clear turquoise waters. At the entrance to the bay there is the wreck of the 40-meter-long ship "Anwar", which was bombed during World War II. Some parts of the ship are very close to the surface and for this reason, special care is required when approaching the beach by boat. North of Vourlia, there is the monastery of Gorgopege Assumption, dedicated to the “Virgin Mary Gorgopigi”. It took its name from the homonymous icon of 1832, found on the rocks of the island in 1984 at the point where there is a small church now. The monastery celebrates on August 23 and September 24 with a large number of visitors coming to honor Virgin Mary. During the days of the feast, the Monastery offers a meal with fish to all the visitors. It has a small hostel, to host pilgrims, but also those who can't return to mainland due to bad weather.

On the island there are half-ruined hermitages which testify that this place served as a place of contemplation and isolation for ascetiscs who wanted to stay away from worldly life. There are boat excursions to the island of Proti from the port of Marathopolis. 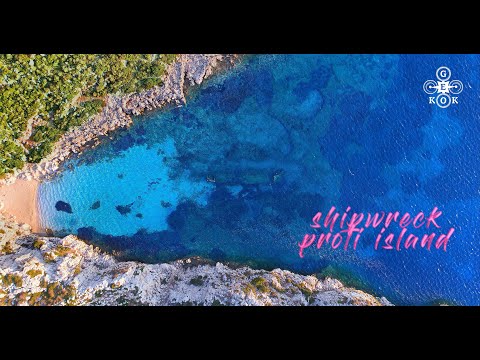