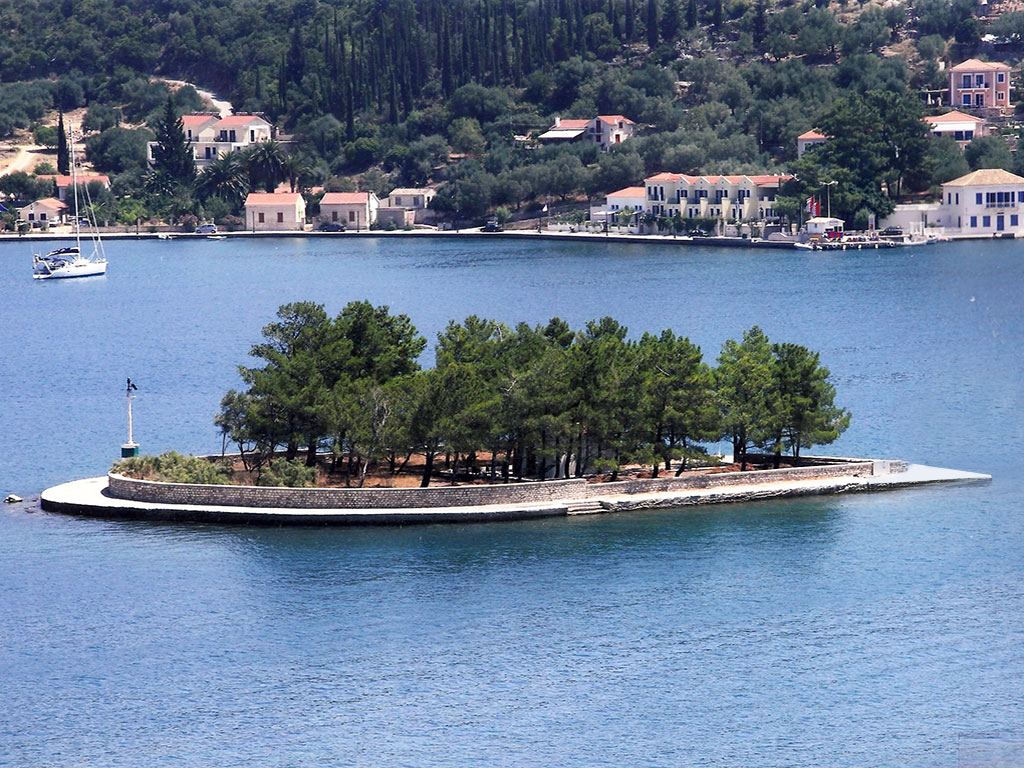 Lazaretto is a beautiful, small island situated in the bay of Vathy. It is covered with pine trees and has only one erected building: the chapel of the Transfiguration of the Savior. During Venetian rule, it served as a quarantine station for ships, passengers, crew and goods entering Vathy harbour.

Since 1560 all ships were placed in quarantine for 40 days, before they reached Ithaca. In 1817 under British rule, a double storey building was built covering the whole island, this would later be used as a prison. During the earthquakes of 1953 the building suffered serious damages and was demolished.

The chapel, which was built in 1668, still stands today and attracts believers on the 5th and 6th of August annually. Recently Lazaretto has become a very popular destination for romantic weddings from all over Greece.