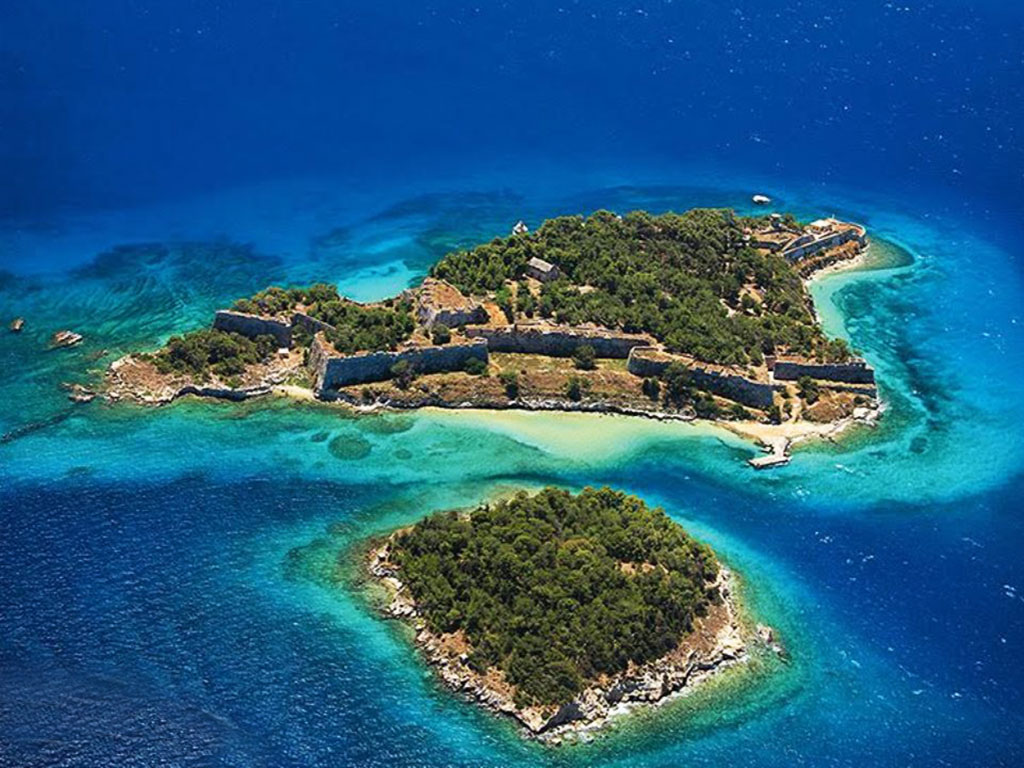 Souda islet is located in the Souda Bay on the northwest coast of Crete. On the islet there was the monastery of St. Nicolas before the construction of the fortress. The islet was called "Fraronisi" until it was fortified, when it was renamed "Souda" after the gulf. On its northwest side, there is a second smaller and round islet, known as Leon. On Venetian maps it was recorded as the "island of rabbits". In ancient times these two islets were referred to as Leukai.

The island was fortified by the Venetians in 1571 AD due to its strategic location, controlling the entrance to the anchorage of Souda Bay. The fortress was one of the most important fortresses of Crete and it was built in order to protect the gulf from enemies and pirates. The architect and supervisor of the constructions was Latino Orsini. The works proceeded very fast and within a year, the first canons were placed. Sources mention that in 1630 the fortress was armed with 44 cannons of various caliber and 9.185 metal balls. Strong defensive walls surrounded the islet.  In the interior, except from the areas of military use, there were also areas of public interest, numerous churches, a hospital, a prison, and underground water tanks.

The island has a turbulent history, and its inhabitants are known for their fierce struggles to liberation, since throughout the Turkish Occupation. The  Fortezza fortress was undefeatable by the Turks and so it remained Venetian even half a century after the Turkish occupation and it served as a refuge for Cretan insurgents. It stayed under the Venetian possession until September 27, 1715, when it was finally surrendered to the Turkish army after a long siege and heroic resistance that lasted for 72 days. The Turks held the island in their possession until 1898 when the Turkish forces departed from Crete. During the Turkish occupation, no major changes or addition were made in the fortress, except the transformation of the central temple to a mosque, dedicated to Sultan Gazi Ahmet Han.

On the islet the Greek flag was raised for the very first time on February 1, 1913. The islet is under military supervision so visits can only be made some days a week.