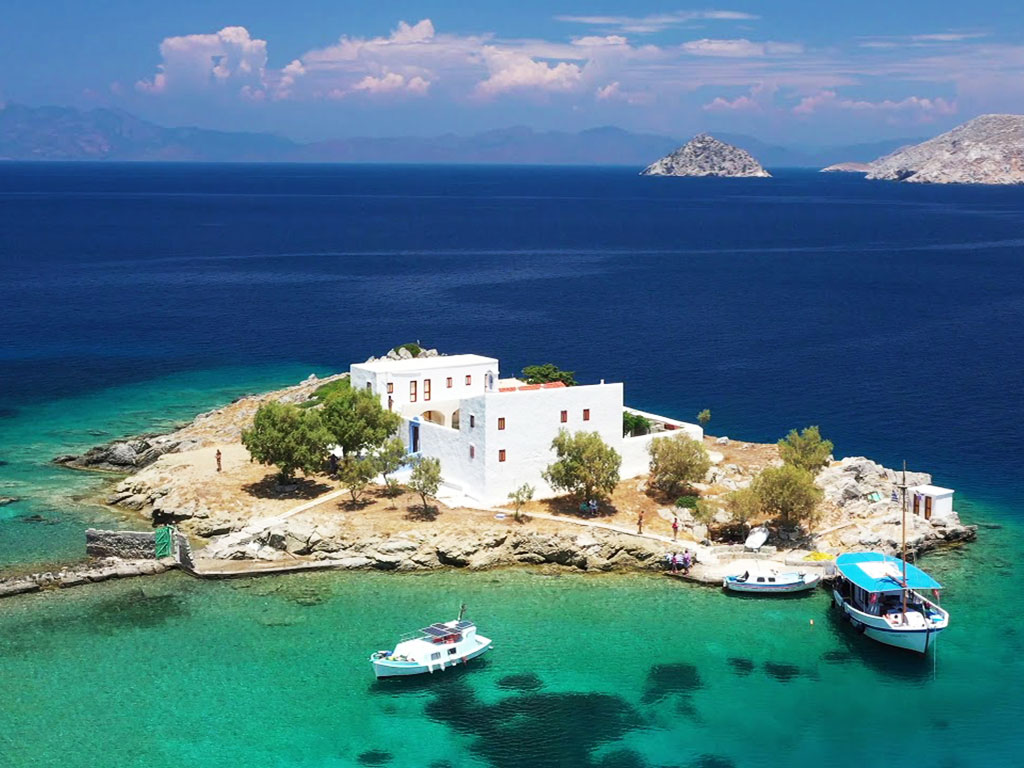 Agios Emilianos is a small islet joined with the island of Symi through a narrow strip of land. Its name comes from the small chapel of Agios Emilianos that is built on the island. According to tradition it was built with the money of spong workers after a request of the Saint himself who appeared in the vision of a ship owner. It is a beautiful and picturesque church, with large yard, cells, trees, ideal for weddings or Baptisms. The chapel celebrates on July,18th. The islet has no sandy beaches but it is surrounded by turquoise, crystal clear waters.

The islet of Agios Emilianos was owned by the family of the captain of a large boat for sponges, Nikitas Giannaras. The captain built six two storey cells for his six children next to the chapel. When the sponge industry was in its peak, the boats used to  moor in the bay, until the salaries of the crews were paid. 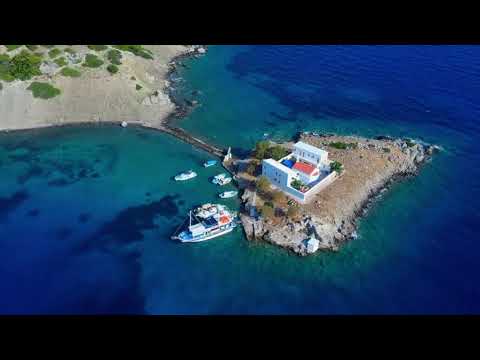