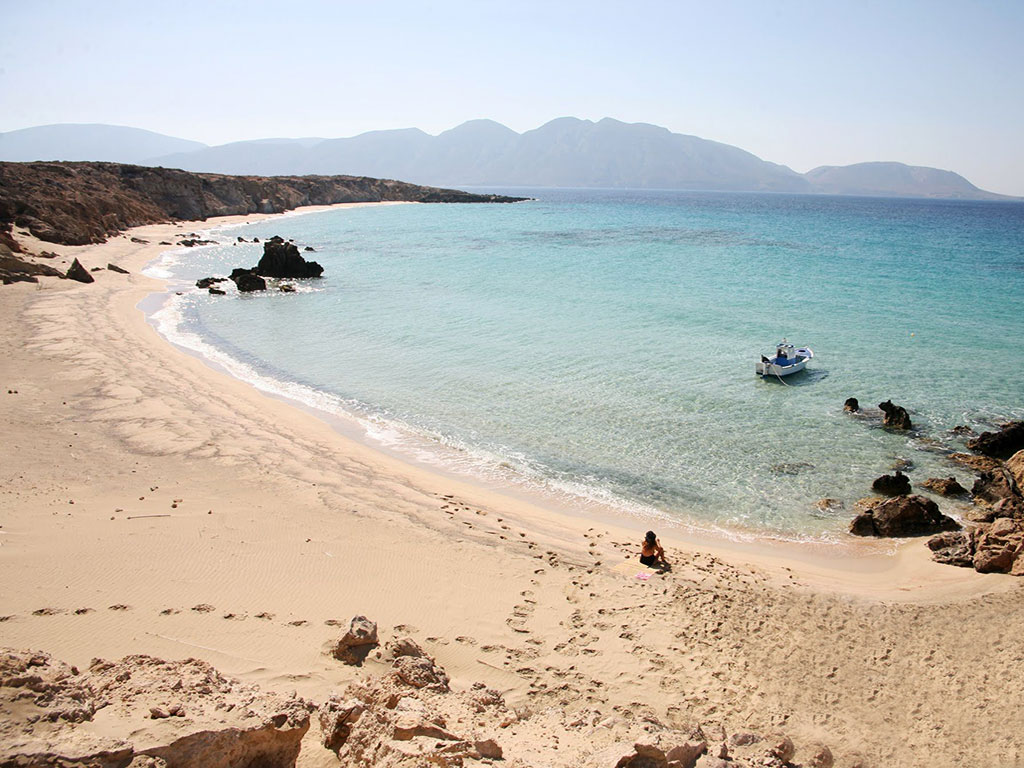 Two nautical miles northwest from Fry, the port of Kasos island, is the islet of Armathia, the largest island of the complex surrounding Kasos. In close distance from Armathia is Makra, the second largest island of the complex. Armathia is uninhabited, yet it used to play an important role in Kasos' life. In the middle of the 20th century, the island had plaster quarries and also some families who bred sheep, until the beginning of the '70s. Nowdays, the only building that still stands proudly, is the chapel of Ypapanti.
Armathia is well known for its beautiful beaches. Marmara beach with its fine sand, the turquoise waters and the exotic look, is considered the best beach of the broader area. The white plaster that appears in many parts of the sea bottom give the sea incredible colors. Karavostasi and Apopantoula are some equally beautiful beaches. During high season Armathia is a destination for day trips from the surrounding islands such as Karpathos and Kasos.
Armathia is a Natura protected area as a significant number of  protected bird species have been recorded there. Since the middle of 2000 there is an observatory on the island so that nature lovers and members of ecological organizations can study the fauna of the area.