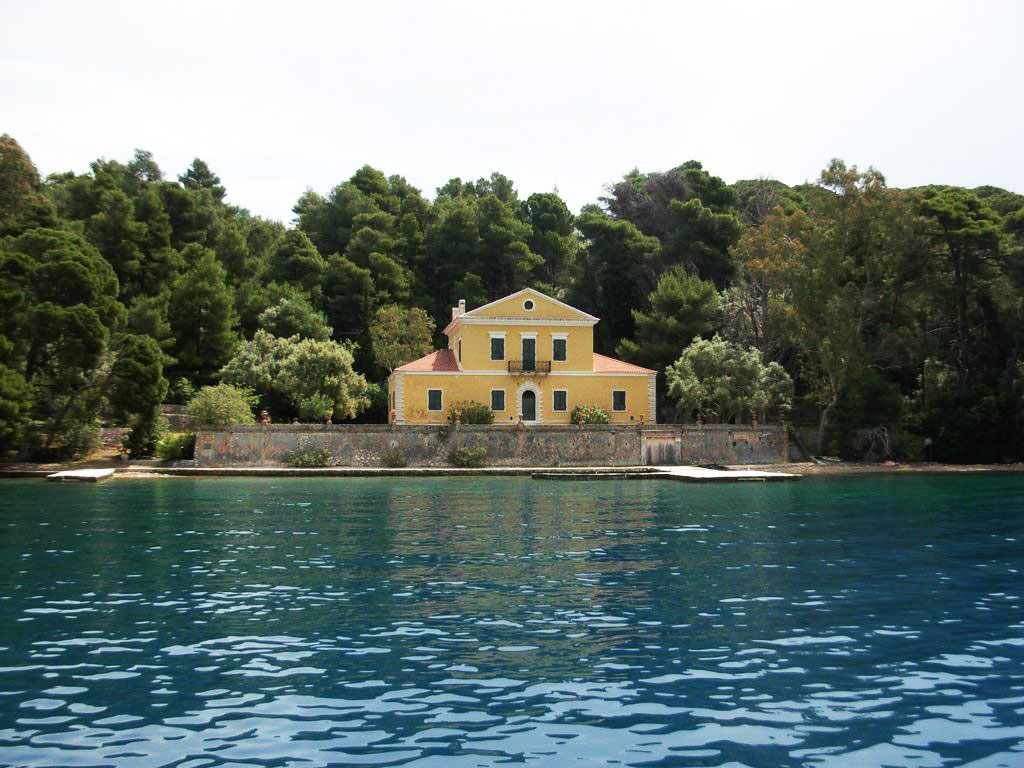 Madouri islet, also known as the "island of Valaoritis", is a small uninhabited island in the Ionian Sea, near Lefkada. It lies 700 m from the east coast of Lefkada, opposite the cosmopolitan town of Nydri. From Nydri, you can easily recognize the island from its yellow coloured, lonely mansion in the middle. Madouri is a privatε islet, owned by the Valaoritis family. It was the place where Aristotle Valaoritis, a 19th-century Greek poet, grew up, inspired and wrote some of his most important poems.

The stone mansion of the family was built during the period 1859-1864. North of the house, the family, built the Gothic style small church of Agios Ioannis Prodromos. The great Greek poet Aristotle Valaoritis wrote many of his poems, sitting on the marble table, outside his mansion, under the age-old olive tree.

The small islet was bought by Ioannis Valaoritis, a successful businessman, father of Aristotle at the end of the 19th century. The islet passed into the ownership of the Aristotle and his brother Xenophon in 1859. The poet, planted grapevines and olive trees and some years later his son John added cypresses, pines and shrubs. The leading spiritual people of the time gathered on this beautiful islet in June 1925 to celebrate the 100th anniversary of the poet's birth and to pay tribute to his memory. Among them were Palamas and Sikelianos who recited his poems under the shade of the trees of Madouri.

It is a beautiful islet with a dense vegetation that almost touch on the sea. It is one of the most photographed spots in the area and in 1978 scenes of the film Fedora starring Willian Holden and Marthe Keller, were filmed there. It is not allowed to visit the island without the granted permission of the owners. However, you can get close by and admire the magnificent mansion. Nowadays the islet belongs to the poet's great-grandchildren, Nanos Valaoritis and Eleni Karapanagioti. 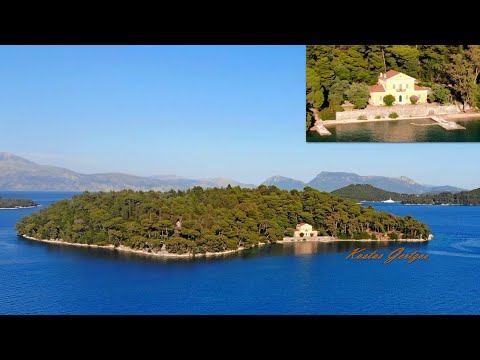