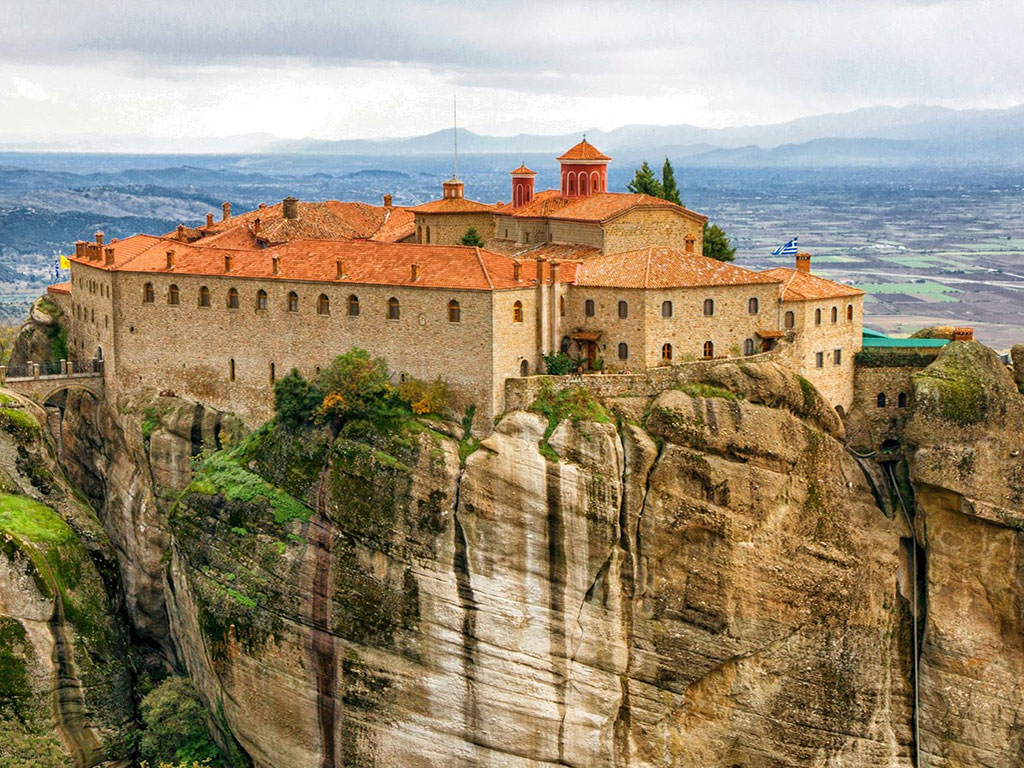 At the edge of a steep cliif there lies the historic convent of Saint Stephen, known for Saint Charalampus's sacred skull being kept here. As founders of the monastery are mentioned archimandrite Saint Anthony (in the first half of the 15th century), whose father was a Serb sovereign and his mother was offspring of the Byzantine Kantakouzenos family and the priest-monk Saint Philotheus from Rizoma of Trikala (in the mid-16th century).

Saint Philotheus rebuilt the old small katholikon of the monastery (the church of St. Stephen) approximately in 1545. He also built cells for the monks and other useful buildings. During its history, the monastery enjoyed noble protection and help of noblemen from Byzantium, Principalities bordering on the Danube and Ecumenical Patriarchate of Constantinople. In 1798, when Amvrosios was abbot of the monastery, the present imposing katholikon honoured to St. Charalambus was built. However, unfavourable events during the first half of the 20th century almost led to the dissolution of the monastery. Since 1961, it became convent and so, a new glorious period began.

The old katholikon, honoured to St. Stephen, was probably built around the 14th century or the 15th century. In 1545, it was rebuilt (as we have already mentioned) by Saint Philotheus, second founder of the monastery. The church is a small, low, timber-roofed, single-naved basilica with narthex.

The church was decorated with frescoes a little after 1545 when abbot of the monastery was Metrophanes. Damages caused for about five centuries were less than the damages caused during the last war: the faces and especially the eyes of all the Saints were damaged. However, despite this fact, in view of these holy depictions, pilgrims are filled with a feeling of devoutness.

The frescoes of the church, retouched and restored today, constitute an interesting painting ensemble of post-Byzantine religious painting. On the sanctuary, the frescoes of Platytera (the Virgin Blachernitissa) and of the Communion of the Apostles are distinguished. On the nave, full-length figures of Saints, Jesus with its disciples on the Eleon Mountain and the depiction of 24 stanzas of the Akathistos Hymn are distinguished. Finally, on the narthex, the depictions of holy founders Anthony and Philotheus and the Dormition of the Virgin Mary are distinguished. The painter and priest Nicholas from Kalampaka had later restored this fresco.

The new katholikon of the monastery was built in 1798 (it is the newest of meteorite katholika) when abbot was Amvrosios. It is honoured to St. Charalambus whose holy skull is kept here. It is of the known Athonite architectural type, namely inscribed-cross tetrastyle with two conches, one on the right and one on the left. There is also a spacious esonarthex, with 4 columns in the middle which support its roof. The vaults are characteristic and impressive: the big and central one of the nave and two smaller of the sanctuary. On the northern exterior side of the church a porch-exonarthex with stone arches has been added. During the German occupation, the building was damaged. In the general repair of 1972 the interior of the church was covered with new plasters.

Nowadays, the katholikon is decorated by the recognized painter Vlassios Tsotsonis, who follows in a creative way the models of other meteorite katholika and the tradition of Cretan School of religious painting. On the nave, Christ Pantocrator and the four Evangelists are distinguished. Mr. Tsotsonis is painting at present the narthex with the help of his mate. These frescoes are original, that means they don’t exist anywhere else. After the narthex, the sanctuary will be decorated and then, the decoration of the new katholikon will be completed.

Οther remarkable buildings are the old refectory, which has changed into museum (sacristy), the “hestia” or kitchen, the guest house and other buildings with rooms for many uses (library-guest quarters, workrooms of religious painting, of calligraphy and decoration of manuscripts, of needlework, of embroidery with gold, of making incenses, candles and different needlework). All the buildings are renovated. 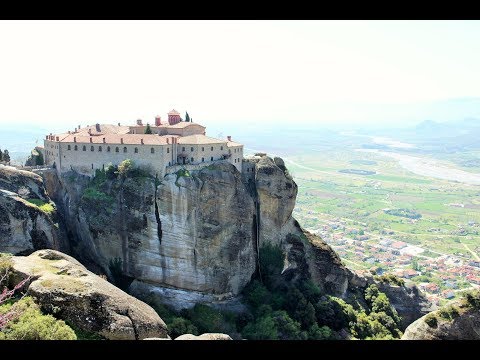