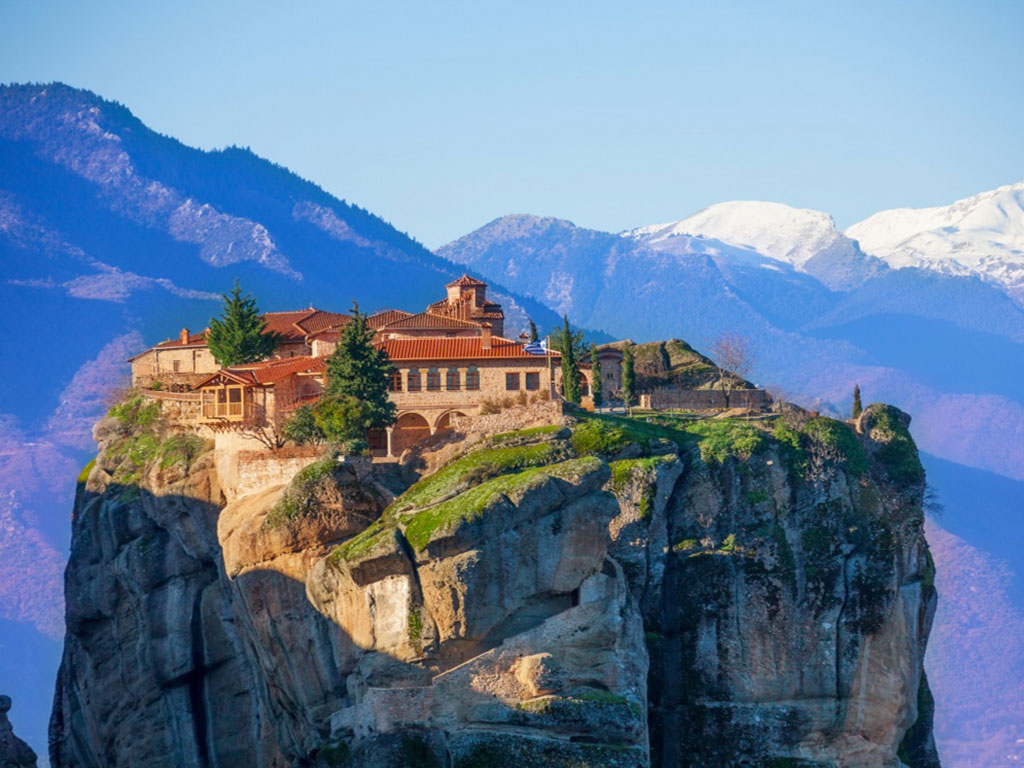 The Holy Trinity Monastery is located on a magnificent rock, northwest of the Monastery of Agios Stefanos. According to historical sources it must have been built between 1458 and 1476.

In the old days monks and pilgrims reached the monastery with the help of a rope-ladder and the traditional net. In 1925, when Nicandros Stathopoulos was the abbot of the monastery, 140 steps were hewed on the rock and they lead the visitors to the monastery after they have passed a narrow path at the bottom of the rock. Nowadays, there is also a funicular for carrying products and materials.

In the old days, as the Holy Trinity Monastery was the centre of the monastic community, it had the most monks. These days 7-8 monks (15 in the cells and in the monastery dependency) lived here. Today only 4 monks live in it. Its abbot is the archimandrite Chrysostom Tetsios.

On the north-western side of the rock the katholikon is situated and it is honoured to the Holy Trinity. It belongs to the oldest building phase of the monastery and it is its most interesting building. It must have been erected in 1475/76. It is a small church in Byzantine type, cruciform two-column with a low dome. It consists of the sanctuary, the nave and the narthex. There are a few windows and that’s why the church is almost dark. In the nave, that is little in extent, there is a gilded iconostasis where there is an icon of Christ (on the right side of the gate of the sanctuary -1662) and an icon of the Virgin (1718). The narthex was built later in the nave, probably in 1689. In 1684 next to the sanctuary a small sacristy was added.

The first time that the church was decorated was after it had been built, in 1475/76. The painter was John from Thebes. But as time ran on the frescoes blackened. According to an inscription the present decoration with frescoes was made by priest Antony and his brother Nicholas, in 1741, when Parthenius was the monastery abbot. Among the frescoes, the Christ Pantocrator and the four Evangelists are dominant. The spacious narthex was painted in 1692 when Ionas was the abbot of the monastery.

There is also a refectory, reception halls and tanks. All of them are renovated and neat. The chapel of St. John the Baptist is a very interesting building. It is a small circular church with a vault, hewed on the rock. It was built and decorated in 1682. It is possible that this place was a hermitage in older times, before its changing into church.

The monastery owns 124 manuscripts (kept since 1953 in the Monastery of Agios Stefanos), including the manuscripts of the monasteries of Anapafsas and Rousanos.

Unfortunately, the rich treasury of the monastery has been looted and the library was burned in the years of the occupation of Greece by the Axis Powers. 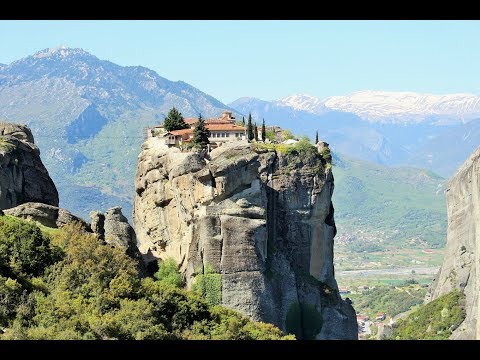