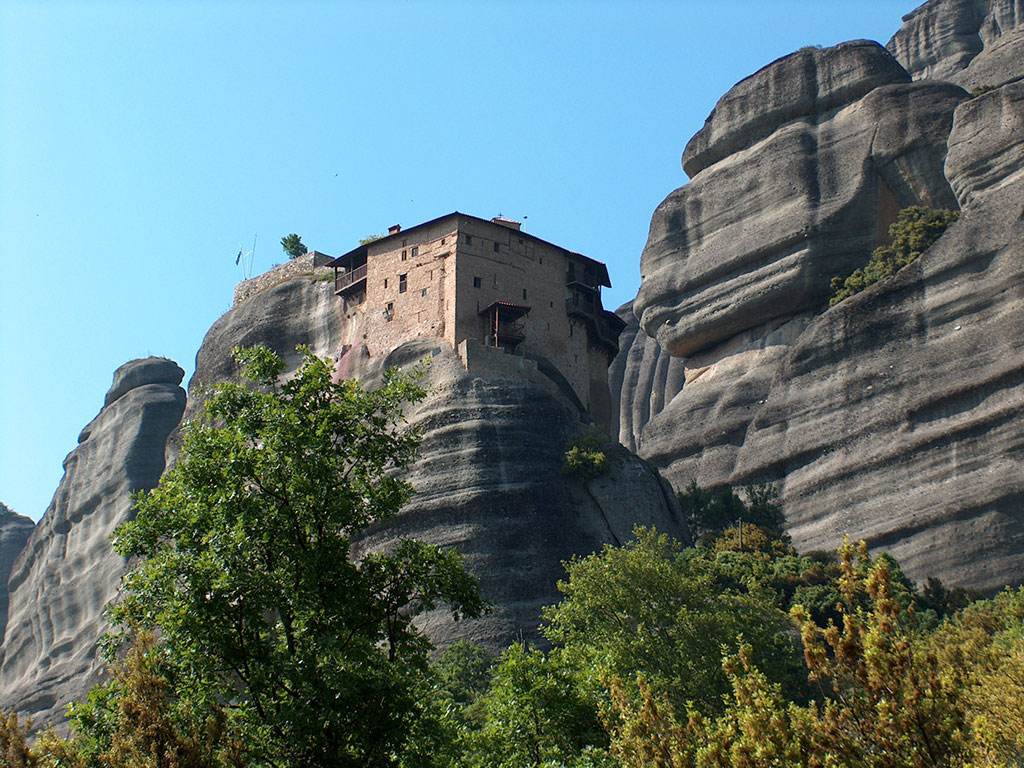 The Monastery of St. Nicholas Anapafsas is located very close to the village of Kastraki. It is the first monastery that one can see climbing from the village to the Holy Meteora. Nowadays a monk, abbot archimandrite Polykarpos Venetis, lives here.

The rock, on the top of which the monastery is built, has a very limited surface. This fact affected the construction of the buildings of the monastery that could not extend. Therefore the only solution was to erect buildings in height. The monastery has three floors.

Just like in the other monasteries, ascent to the St. Nicholas rock was made by ladders and the traditional net. The ascent took a long time because of the height of the rock. So, later they built steps carved in the rock. Today objects are hoisted electrically.

The origin of the name of the monastery may be the surname of a founder of the monastery, of priest-monk Nikanoras or of an earlier founder that lived in the 14th century. But there is also a second theory that prevails. According to this theory the name is owed to the location of the monastery because it offers physical and mental rest, refreshment and calm to everybody: to monks, visitors and humble pilgrims of the monastery.

The katholikon of the monastery (the St. Nicholas church) spreads all over the second floor. It consists of a small nave that has an irregular shape (almost square), adapted to the shape of the rock. It has a little dome in the centre of the roof that is dark and with no windows as the third floor had to be built on the top of it. In front of the nave there is a narthex that is more spacious than the nave.

The monastery was totally renovated in 1510 and the present katholikon the St. Nicholas church- was built from the beginning by St. Dionysius, the Metropolitan of Larisa and priest-monk Nikanoras, the exarch of Stagoi. From the beginning of 1900 the monastery was abandoned and the desolation began. In the sixties the St. Nicholas monastery was restored and renovated by the Archeological Service of the region. Up to 1982 Father Palamas lived there. When he was forced to leave, the monastery was closed for 15 years. It was open by the priests of Kalampaka only in the summer for the tourists. It started to operate again in 1997.

The katholikon was decorated in 1527 by the famous painter from Crete, Theophanes Strelitzas, who probably was a monk those days. At the lower part of his paintings he used to write his monogram Ch.M. The decoration of the katholikon of the St. Nicholas Anapafsas Monastery is the first work bearing the signature of this great artist who was the leader of the Cretan School. The frescoes have all the special features of his unique art: delicacy, vividness, bright colours. The depictions of Christ’s humiliation, the Virgin praying, Jonah in the mouth of the Fish, the Liturgy of Angels and the Day of Judgement are distinguished. It seems that it was the first time that Theophanes tried and made such a great work. So his frescoes are beyond all expectations and even the most demanding art-lover is amazed. As it has already been mentioned they are the only frescoes of Theophanes that bear his signature while his paintings in other monasteries and especially on Mount Athos are not signed.

On the first floor there is the St. Antony chapel that is very little but also very important because there we can see a few remains of old frescoes dated from the 14th century. There is also a crypt where in the old times the monastery codices and relics were kept.

On the third floor, we can find the old refectory decorated with frescoes. Today it has been renovated and it is used as the formal reception hall. There is also the ossuary and the St. John the Baptist chapel that has also been renovated. 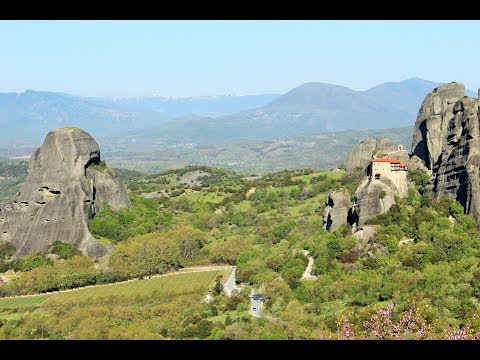