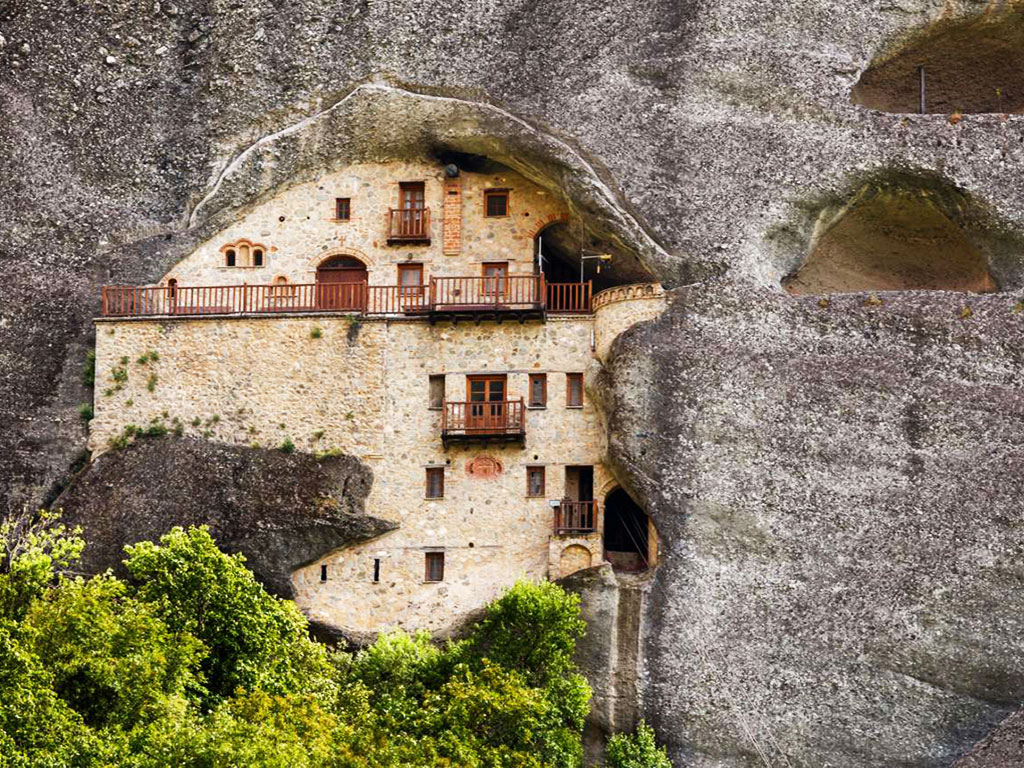 The monastery is located in a beautiful area known as Badova, southeast of Kastraki. It stretches between two large rock formations called Pyxari and Amparia and few other smaller rocks. The small abandoned monastery is dedicated to Agios Nikolaos (St. Nicholas). The hermitage was built inside a cave that was formerly used by hermits and ascetics. It was founded in the middle of the 14th century AD. and its original name was Kofinas.

In the “Cronicles of Meteora”, written around 1529 the monastery is mentioned as Agios Nikolaos Kofinas. At the beginning of the 17th century, it belonged to Megalo Meteoro and from the middle of the 19th century is mentioned with the name Agios Nikolaos Badovas. We do not know the origin of the name "Badovas" but it is believed that it comes from an abbot with that name, who lived in the monastery. The same name has also been given to the rocks where the monastery sits.

According to an old inscription, it underwent a major renovation in 1876. Since 1994 it belongs to the Holy Monastery of St Trinity. Next to it, stands the small church of Panagia (Virgin Mary) as well as the hermitages of Agios Antonios (St. Anthony) and Agios Grigorios (St. Gregory), all built in caves and natural cavities of the rocks. It hosts relics of great religious and cultural value such as silver candles and sacred vessels. The sancturary of the temple is covered with frescoes of the 18th and 19th century AD which were fully renovated in 1881 and 1882 AD.

The monastery was already half-destroyed when it was bombed in 1943 by the Germans. Only the church survived. Between 1997-1999 the cells were restored, with funding of the Holy Trinity monastery, with the assistance of the Ministry of Culture and sponsorships of pious believers. This had as a result the modern shape of the monastery which is a vertical six-floor hermitage.