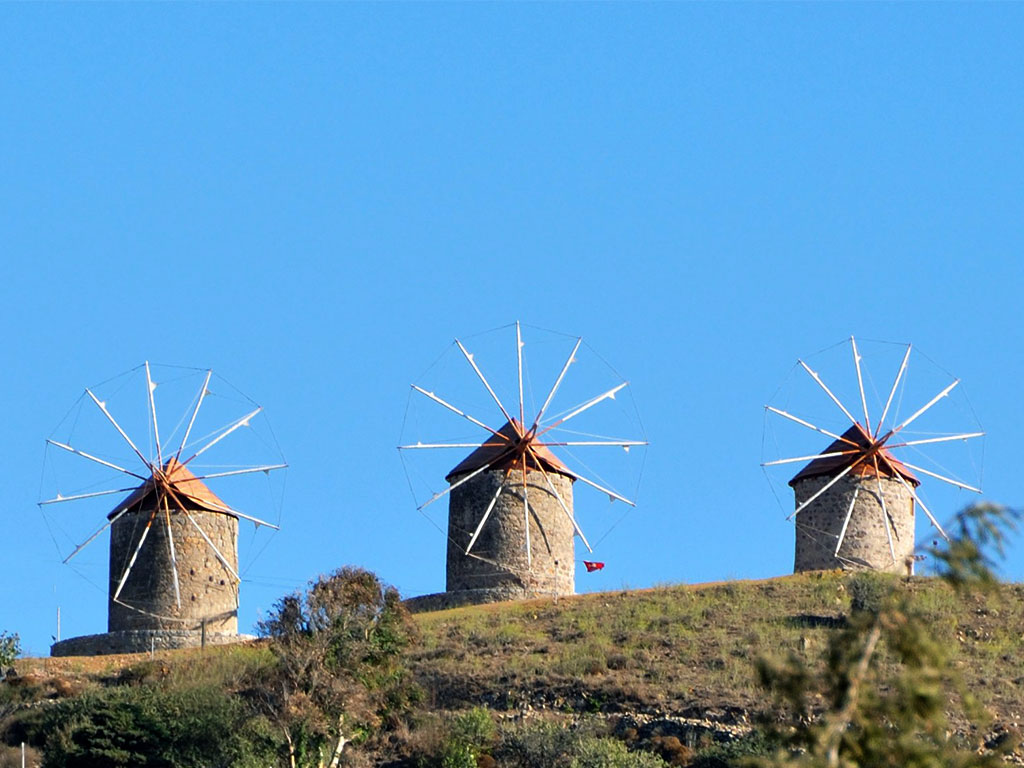 The three windmills stand on the top of a hill, east of the Holy Monastery of Patmos. The two of them, date back to 1688 and the third was built in 1863. In the 1950s they were abandoned and ruined like most mills on the Greek islands. Thanks to the initiative and financing of the Swiss banker, Charles Pictet, a fervent friend of the island, restoration works started in 2010.

The project was assigned to the Greek architect Daphne Becket. A team of Swiss and Greek architects and engineers, with love and respect for tradition, collaborated for the reoperation of the mechanisms and the reconstruction of the wooden mechanical parts. The purpose was not only the restoration of the building shell with traditional materials, but also to restore their utilitarian value so they become operational again and environmentally friendly.

Nowadays, one windmill operates as a traditional windmill, grinding small quantities of wheat and as a museum of traditional, agricultural activities. The second after the replacement of the grindstone by a generator is able to generate electricity from wind power. The plans for the third provide for its utilization for water pumping. All the restoration effort as well as the philosophy of the project, was awarded in 2012 by the organization Europa Nostra.

The three windmills are a real jewel for the island which along with the castle and the picturesque Chora of Patmos, compose a very beautiful scenery. 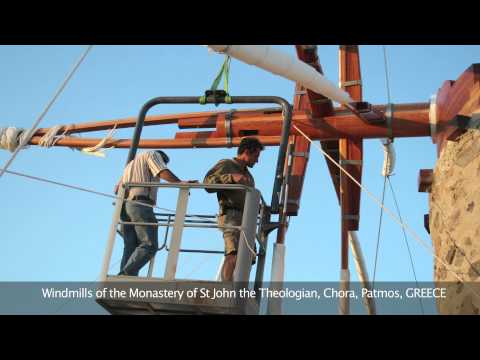