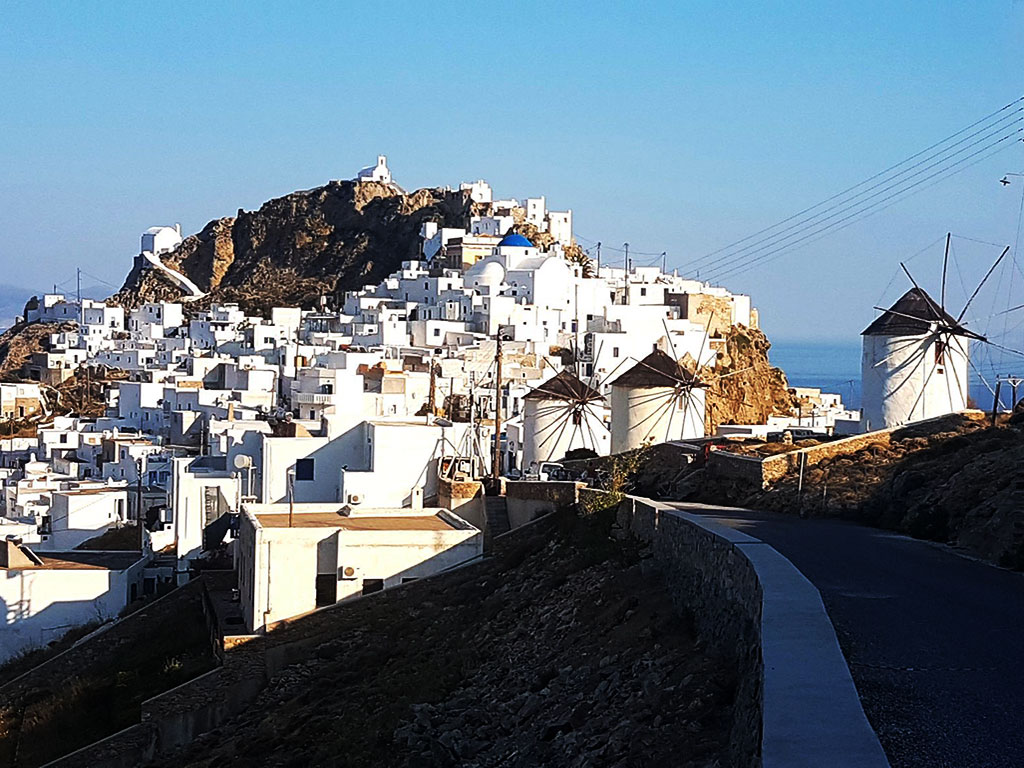 Three perfectly maintained windmills are located at the Windmills Square in Ano Chora, on the island of Serifos. Nearby, there are ruins of more windmills since there was a total of eight mills on the backbone of Chora and almost 20 overall on the island. The three preserved windmills are cylinder whitewashed structures with the traditional conical straw roof and the triagonal sails. They all have steady roof, meaning they could operate ideally under one wind direction. However, other windmills scattered across the island, have mobile conical roofs rotating in accordance with the wind, but most of them aren't so well preserved.

Windmills used to be built in places that were most exposed to northerly winds but at the same time in close proximity to villages. The turning of the wheel powered a system of axes and millstones that would grind the grain. If the wind was strong enough and kept on blowing, a windmill could work around the clock. Villagers would take their grain to the mill and receive the equivalent in flour minus a commission for the millman.

Nowadays, the three windmills are one of the most characteristic symbols of Chora and one of its main attractions.