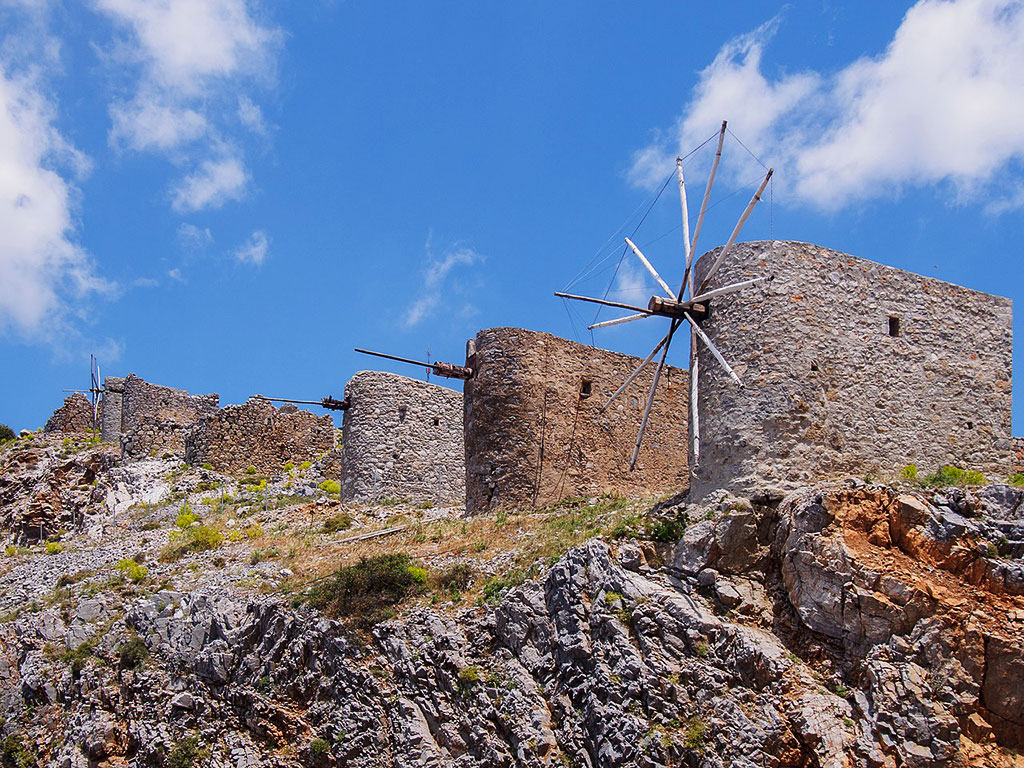 The stone-built windmills at Seli Ambelou are one of the most remarkable set of windmills that survives in Crete. They are situated at the northern entrance of the Lasithi Plateau, and only 24 of the 27 initial windmills still survive. According to references, the existence of the mills dates back to the Venetian era. The mills were transferred to the current position at the end of the 19th century from the site of Zaronas near the village Potamoi.

They are all of the same type with common characteristics. They all belong to the type Axetrocharis featuring rectangular bases with a semicircular wall, on which the mill is installed. They face northwest and grind at a fixed position. Mills of the same type can be also found on the island of Karpathos. In the past they were used by the people of the area to grind the cereals.

The mills are situated 52 kilometers east of Agios Nikolaos and 3 kilometers west of Tzermiado and are a great tourist attraction for the area. Till 1950 this set of mills was one of the biggest and oldest in Crete and in Greece overall.