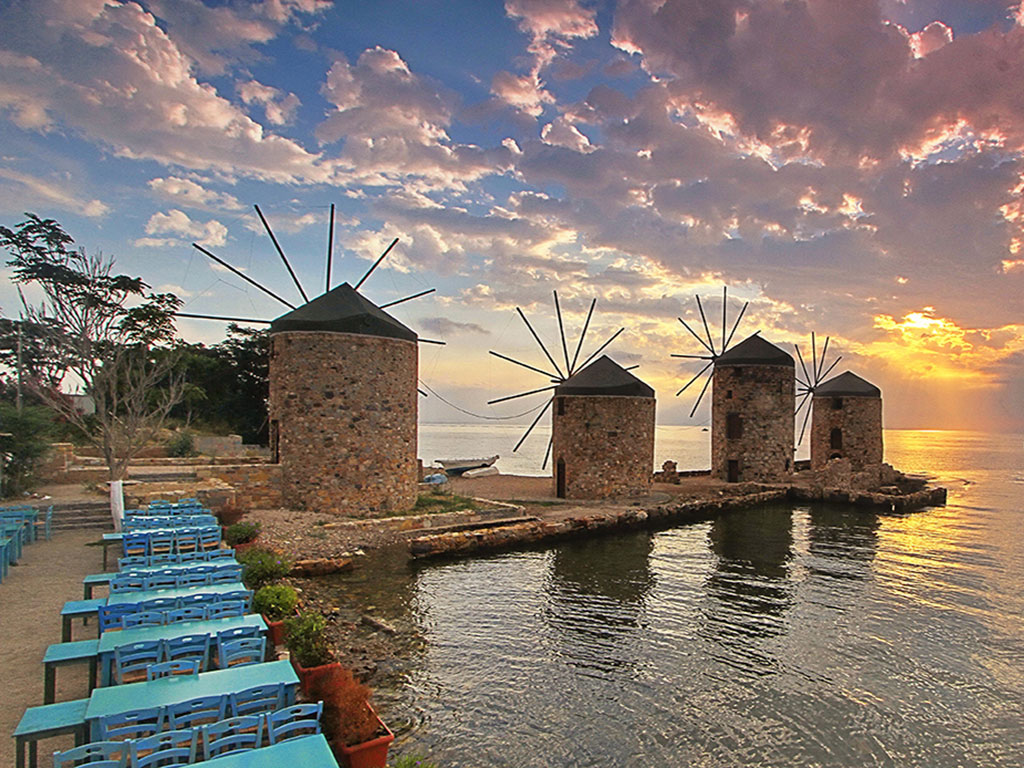 The four renovated windmills are located 1.5 km north of the city of Chios. They are built on a small jetty at Tampakika, an old industrial zone. Along with other windmills in the same area, they served the needs of neighboring tanneries, in the late 19th and early 20th century. These four windmills were part of this industrial production.  The crisis that occurred in the sector of tanneries of Chios resulted the closure of the tanneries, therefore the abandonment of the windmills.

The windmills with a height of 10 meters, have two floors and they were built after the devastating earthquake of 1881. They are one of the most definite sightseeing landmarks in Chios and a monument of great historical value. It is a good stopover for a photo, especially in the evening and at night, when it is full of lights. At that time of the day, you can take the most incredible photos.