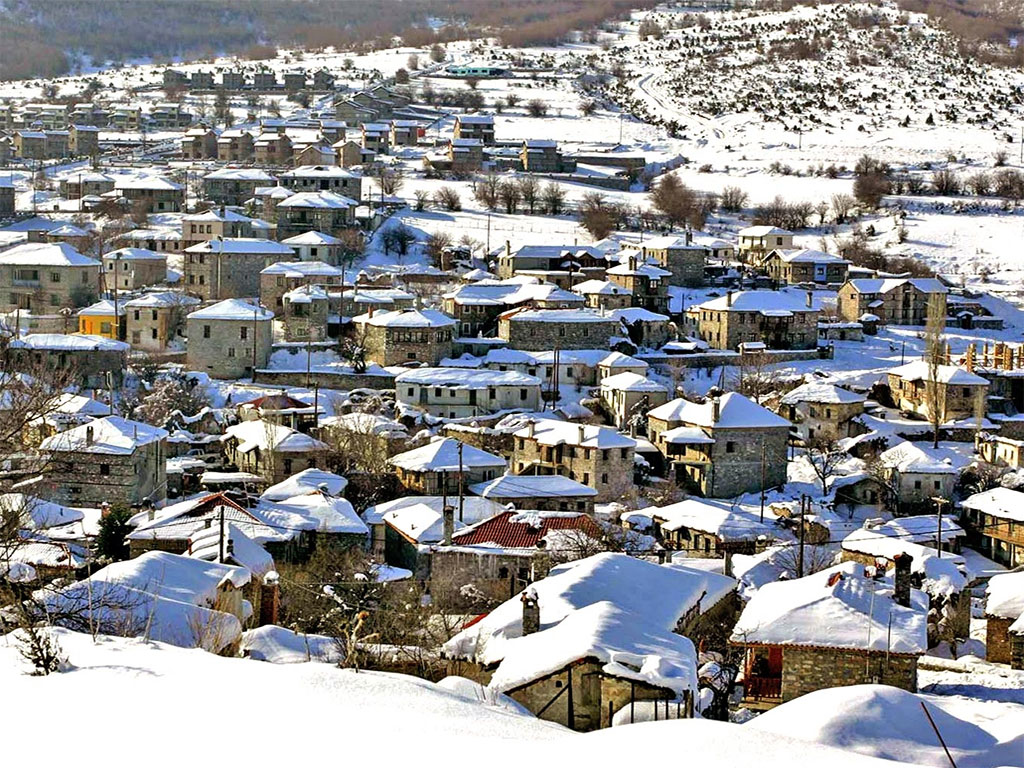 Agios Athanasios is a village in the Pella regional unit of Macedonia, Greece. The village is located north of Lake Vegoritida within the Vegoritida municipal unit which belongs to the municipality of Edessa. It is built at an altitude of 1.200 meters on the slopes of Mount Kaimaktsalan. It has been characterized as a traditional settlement in 1992.
Agios Athanasios belongs to the municipality of Edessa and according to the 2011 census has 518 inhabitants. Agios Athanasios is developing rapidly as a tourist destination due to its proximity to the ski resort of Kaimaktsalan. It has many modern taverns and cafes as well as modern hostels. Until 1928 it was called Tsegani. It is 30 km from Edessa and 120 km from Thessaloniki.
History
The village was built at the end of the 16th century by cattle breeders and builders from Epirus and was under the control of Ali Pasha of Ioannina, who had granted some privileges to the inhabitants for the self-management of the estates. In 1803, a committee went to Ioannina and delivered a letter in Greek, requesting a favorable settlement of part of their debts.
In the area, ruins of houses and fortifications from Roman and Byzantine times have been found, which is justified due to the proximity of the settlement to the Egnatia Odos. In 1870, a Greek school operated in the village. During the Macedonian Struggle, the wider area was the scene of clashes between Greek and Bulgarian forces, while World War I found Serbs and Bulgarians claiming the top of Prophet Elias.
During the Occupation, resistance groups gathered in the village, while during the Civil War it was evacuated by the Greek-National Army to cut off the Democratic Army. After the war, the village's population declined due to migration to foreign countries. It was not until the 1970s that the village was connected to Edessa by an asphalt road.
During the 80's, the village of Neos Agios Athanasios was founded more flatly, as the old village was considered unsafe from a geological point of view after earthquakes. The old settlement was completely abandoned until the mid-1990s, when hostels were created and tourism developed due to the Kaimaktsalan ski resort.
Sights
1. The Church of the Ascension
2. The ski resort of Vora in Kaimaktsalan
3. Edessa
4. The Wetland Agra - Island - Vrytton
5. The village of Panagitsa
6. The village of Karydia
7. The village of Kerasies
8. The village of Xanthogeia
9. The Black Forest
View 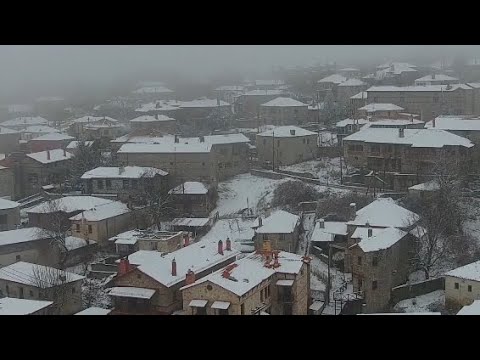