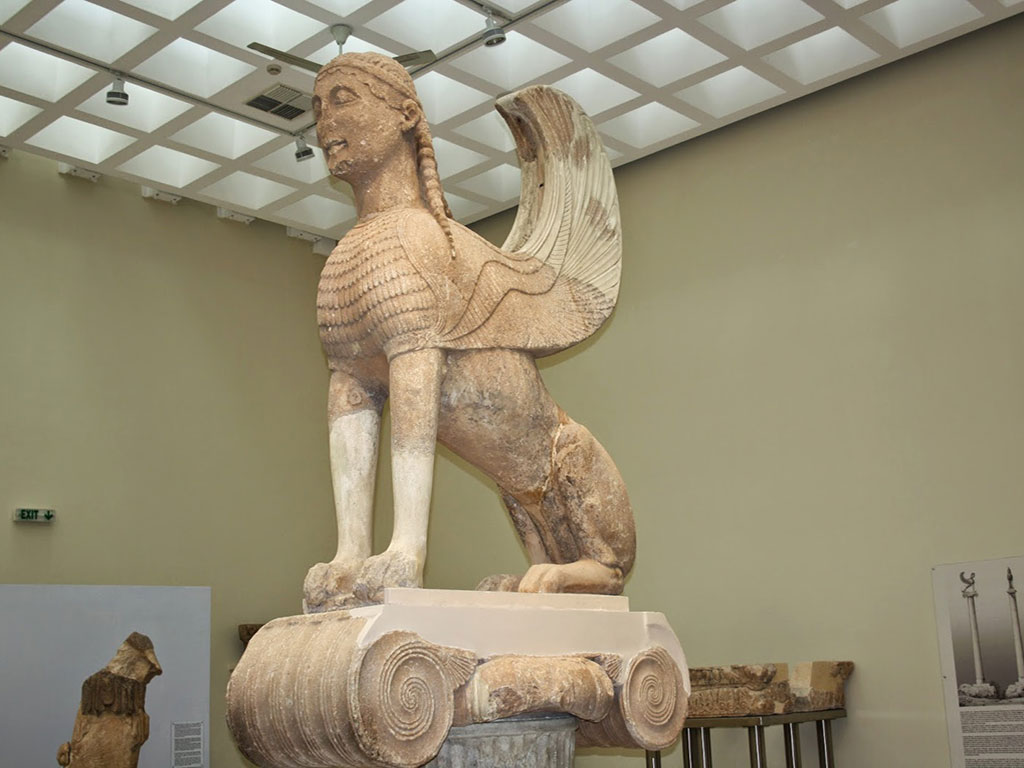 The Archaeological Museum of Delphi is one of the most important museums not only of Greece, but also of the entire modern world. The exhibits that houses in its halls are among the most important discoveries in the history of civilization. They come from excavations in the field of the Oracle of Delphi, of the Navel of the Earth for the world of Greek antiquity.

In the Museum is presented the history of the most famous oracle of the ancient Greek world. Sculptures, statues, objects donated to the sanctuary and to the oracle are mainly the objects exhibited in the Museum. They cover a long period from the foundation of the temple of Apollo in the 8th century B.C., to its decline in the years of late antiquity. The permanent exhibition of the Archaeological Museum of Delphi describes the history of the Delphic sanctuary and oracle based on a chronological framework.

The museum is a two storey building which covers a total area of ​​2.270 square meters. The exhibits fill fourteen large halls while the storage rooms are also full of finds that wait to be exhibited. The museum has a cafe and a small souvenir shop.

The first Archaeological Museum in Delphi was founded in 1903, with a donation of the philanthropist Andrew Suggros in order to house the first findings of the French excavations of 1892. Repairs and extensions took place in 1935 and 1958. The Museum has a new layout, designed by the architect Patroklos Karantinos. The latest expansion was completed in 1999 and the Archaeological Museum of Delphi has obtained its current form.

In more detail:
Hall I-II:
The findings from the time before the cult of Apollo at Delphi are the first we meet on our tour. There are Mycenaean clay figurines that represent standing or seated figures, offerings to the shrine from all over the known world, findings from the Bronze Age and statues of the Geometric Period. Moving on to the second room, we meet all the bronze tributes to the 8th BC and 7th century. There are figurines, jewelry, helmets, a separate boiler with excellent decoration of fantastic monsters and the infamous “dedalic kouros”, a bronze statue of the Archaic Period, a sample of excellent plastic. Tributes to the oracle of Crete and Cyprus at the time highlight the special relationship with both remote islands, while the exhibits of the second room close with bronze replicas of animals of each shape and size.
Hall III:
The twins Kouroi, a tribute to Oracle from Argos, dominates at the third hall. This is Kleobis and Biton, brothers or for others, Dioscuri. The two statues of the early 6th century BC are larger than the physical size and they are the first example of excellent carving of the next centuries. Bronze objects of the same period and the frieze of the Treasury of Sikyon, dating from 560 BC and gave the feeling of a painting complete the exhibits of space.
Hall IV:
On display, there are findings of the Sacred Way, most of which came to light in 1939, when French archaeologists discovered in front of the Treasury of the Athenians two large pits containing fragments mainly gold and ivory stocks in Oracle. It is estimated that the objects for different reasons were damaged in antiquity, but because it was not permitted to be thrown away or destroyed, they were buried inside the sanctuary. The faces that depicting the three gold and ivory statues was attributed to Apollo, Leto and Artemis, the “Delphic trinity” and they have characterized almond shaped eyes and full lips. After much effort, the findings presented and preserved at the museum, since 1975.
Hall V:
It is dedicated to Siphnian Treasure and the slightly prior all statue of the Sphinx of Naxos. The Siphnian Treasure survives almost intact and gives us an informative picture of the building in its heyday. The frieze of the east pediment perithyro and the Caryatids of the Treasury, also are exhibited here. The Sphinx of Naxos is an excellent example of plastic in Naxos, famous in antiquity. Demonic creature with female face, body of a lion and wings of a bird, it was mounted on a capital of Ionic column with a total height of 12.50 meters.
Hall VI:
It is dedicated to the temple of Apollo, the dominant structure of the Oracle of Delphi. In the hall, we see the survived parts of the church, after the various disasters that suffered in antiquity. Three times at least, according to the testimony, the majestic temple rebuilt from scratch. The ruins we see today were part of the Doric temple’s construction that was inaugurated in 330 BC. There are parts of the fronts and gables of the church and information about the statues which were inside, from which it was kept almost nothing to our days.
Rooms VII-VIII:
The Treasury of Athenians. The frieze, metopes, pediments and capes with the performances of horseback Amazons. There are also survived hymns engraved into the building, dedicated to Apollo. A representative sample of votive buildings resembling as small temples was decorated by the exploits of Hercules and of the Athenian hero Theseus.
Room IX:
It is devoted to works of art of the 5th century that have been brought to light by the excavations. Prominent samples stand out of the two treasures of the temple of Athena Pronaia.
Room X:
It is the dome of the sanctuary of Athena Pronaia, which is preserved in very good condition, with distinctive circular shape and decoration of scenes of Amazons and Centauromachy. In the dome, we found concentrated all samples of plastic, with a characteristic Doric and a Corinthian capital. Parts of the building, metopes and the two friezes are also exhibited here.
Room XI:
The cluster of Daochos dominates at the room: it is a synthesis of nine statues depicting Apollo and 8 other of great importance ancestors of Daochos, Thessalus officer, from which is not only saved the first, that of Apollo. They perform with a colorful manner the status of each man representing, giving us a clear picture of the impact that each had in antiquity. The navel is located here, famous symbol of the Delphic oracle, while the report is complemented by a variety of statues of the 4th century BC.
Room XII:
Roman times. The frieze of the offering of Aemilius Paulos, the circular altar of the Pronaia and Antinoos.
Room XIII:
It is dedicated to the famous Charioteer, the most recognized work of art of ancient Greece. It is one of the finest examples of ancient Greek bronze plastic. It came to light in 1896. It is estimated that erected as a votive offering to the Oracle 474 BC, after the victory of the owner of the chariot and the charioteer in a chariot race at Pythian Games. A chariot of four horses with the Charioteer constituted a large bronze plastic composition. It has a total height of 1.8 m and in the area you will see the attempt to restore the original image, based on the surviving parts.
Room XIV:
In the latest years of his glory Oracle, Roman emperors dedicate inscriptions, but also portraits, which you can admire in the last room of the museum’s exhibition, along with samples of Christianity which are also appeared in Oracle, just before the final shutdown of it. 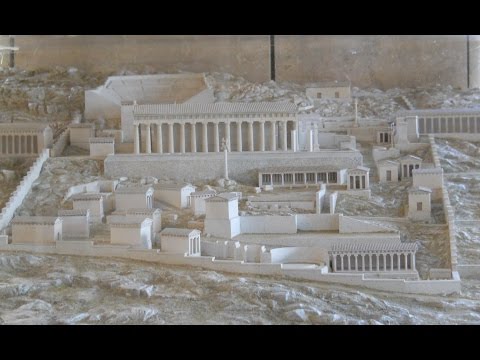