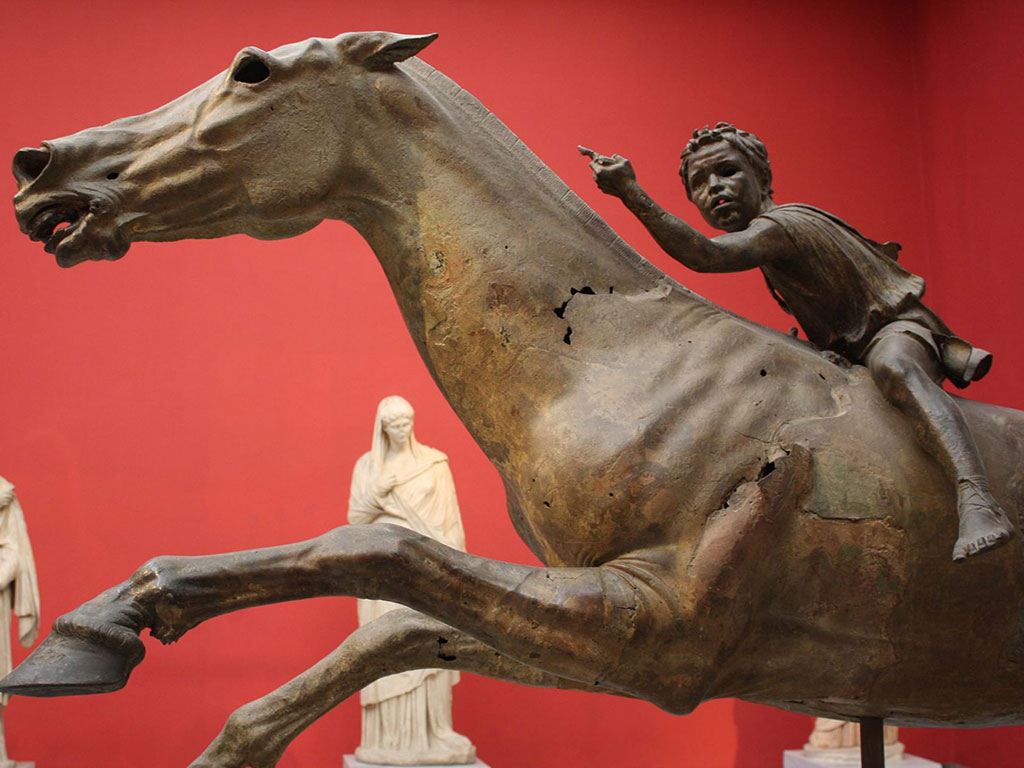 The National Archaeological Museum is the largest museum in Greece and one of the most important museums in the world. It was founded in 1829 and is the first museum established in the Greek state after the liberation of Greece from the Ottoman yoke. Its rich collections, numbering more than 11,000 exhibits, offer the visitor a panorama of ancient Greek culture from prehistoric times to the end of the Roman period.
The Museum is located on Patision Street, next to the historic building complex of the National Technical University of Athens.The museum is housed in the imposing neoclassical building, built in the late 19th century. Its exhibition spaces, dozens of rooms on each floor, cover an area of ​​8,000 sq.m. and house the six major permanent collections:
1. The Collection of Prehistoric Antiquities, which includes works of the great civilizations that developed in the Aegean from the 6th millennium to 1050 BC. (Neolithic, Cycladic and Mycenaean Civilizations) and findings from the prehistoric settlement of Thira. The most significant exhibits include the treasures of the royal tombs of Mycenae, the Linear B tablets, the enigmatic Cycladic marble figurines and the excellently preserved wall paintings of Thera that comprise large pictorial compositions.
2. The Collection of Sculpture Works, which presents the evolution of ancient Greek sculpture from the 7th c. e.g. until the 5th c. AD, through unique works of art. Τhe relocation to the Museum of the most significant sculptures of the provinces contributed decisively to the enrichment of the Collection which nowadays numbers approximately 16.000 sculptures. The works come from sanctuaries, necropolises and public buildings in Attica, Eastern Sterea Ellada, the Peloponnese and the Aegean islands. In addition, a significant number of sculptures come from Thessaly, Western Greece, Macedonia, Thrace and Cyprus.
3. The Collection of Vessels and Micro-crafts, which includes representative works of ancient Greek pottery from the 11th c. e.g. up to the Roman era, represented by the major workshops (Attic, Boeotian, Corinthian, Laconian, island-Ionian). Furthermore, exhibits from significant sanctuaries, such as Sounion in Attica, Thermos in Aetolia, the sanctuary of Artemis Orthia in Laconia, the Heraion at Perachora in Corinthia and the Heraion of Argos in Argolis are put on show. Recently, the exhibition programme of the Collection was completed with the display of the Stathatos Collection, the Vlastos - Serpieris Collection, the Hellenistic and glass vases, the figurines as well as the gold and silver vessels and jewellery.
4. The Collection of Mining Works with many unique original works, statues, figurines and works of small crafts. The metal artefacts consist in male and female figurines in various representations, mythological creatures and animals. In addition, vases and vessels of every kind, weapons and the finds retrieved from the Shipwreck of Antikythera, including the famous Mechanism, a scientific instrument of the 1st century BC used for astronomical and calendar forecasts comprise significant groups of objects. Through these sculptures and objects of minor arts one can delve into the development and evolution of ancient toreutics and metalworking, distinguish the multiple artistic trends, the accomplishments and the interaction between various workshops and, simultaneously, approach the daily life of the people with their traditions, practices, cults and religious beliefs, from the Geometric to the Roman period.
5. The Collection of Egyptian and Eastern Antiquities with works of art, dating from the pre-dynastic period (5000 BC) to the times of the Roman conquest. The core of the Collection consists of the significant donations by two Greek expatriates from Egypt and art lovers, Ioannis Dimitriou and Alexandros Rostovich, that were bequeathed to the National Archaeological Museum in 1880 and 1904 respectively. The Collection was further enriched with donations by the Greek Archaeological Society in 1894, the government of Egypt in 1893 as well as smaller individual donations and objects retrieved in excavations in Greece.
6. The Collection of Cypriot Antiquities amounts to around 850 works that represent all time periods of Cypriot history and art, from the Early Bronze Age (circa 2500 BC) to the Roman Period (4th century AD). Was gradually formed from the 19th century onwards with artefacts purchased by the Archaeological Society (1879) and donations bequeathed by collectors (1880, 1895, 1897). Its enrichment continued in the early 20th century with acquisitions and donations as well as through an official exchange programme of antiquities (1928).
The museum has modern workshops for the preservation of metal objects, ceramics, stone, masonry workshops, organic materials, a photographic laboratory and a chemical laboratory. It also has a rich photographic archive and library with many rare editions, which is constantly enriched for the needs of scientific staff. Its premises house amphitheater halls for lectures, periodical exhibitions, as well as one of the largest stores of the Fund for Archaeological Resources.
From the 1980s to the present, the National Archaeological Museum has held thematic or timeless periodical exhibitions, with many interesting topics. Since the end of the 20th century, the National Archaeological Museum, in addition to its own multifaceted, cultural and educational activity, has participated in a number of exhibition programs in Greece and abroad. 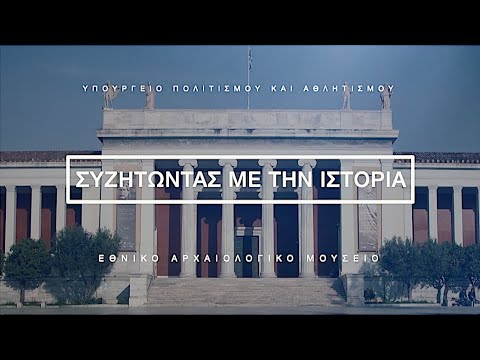