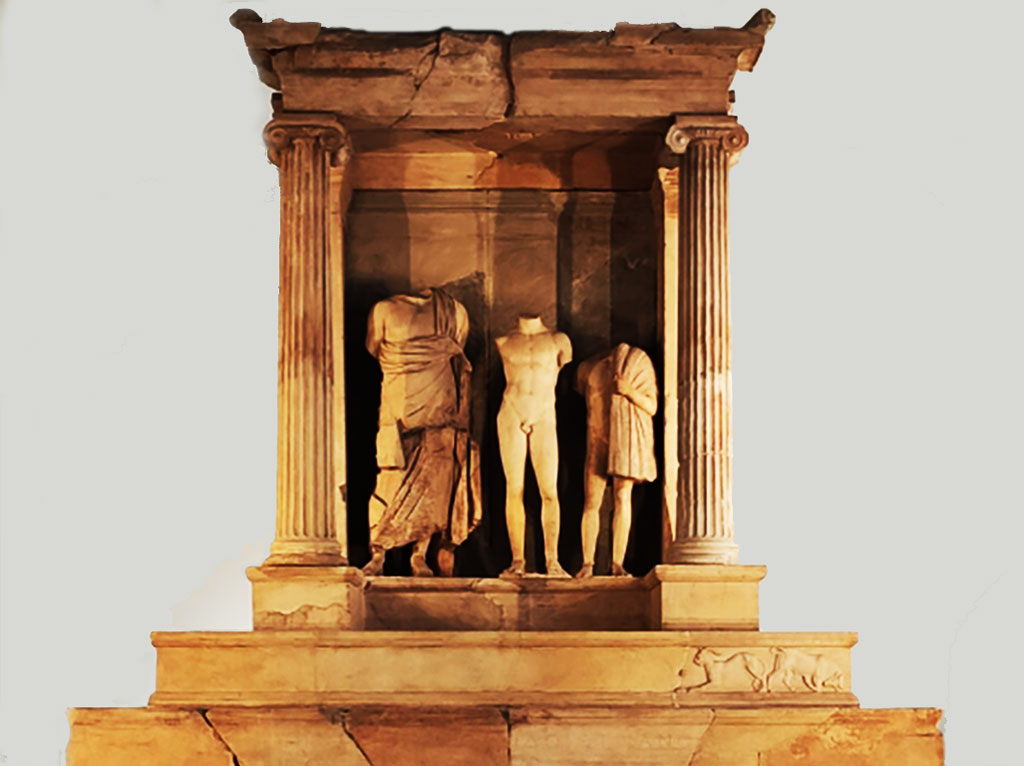 The Piraeus archaeological museum outlines the history of Piraeus and of the wider Attica coast from the Mycenaean to the Roman times. During a period of 2,200 years, the port city of Piraeus thrived as a major commercial center and a military naval base of ancient Athens.

The creation of a local museum dates no further back than 1935. It was first housed in a small building that now serves as a warehouse. The present two-storey building was founded in 1966, covers a total area of 1.394 m² and has 10 exhibition halls. In the basement are located the laboratories for maintenance of clay, metal and stone objects and the museum’s warehouse. Remnants of the 2nd century B.C. theatre of Zea, can be seen in the museum's gardens. The exhibition is developed in thematic sections, structured in chronological order. It illuminates different aspects of the role of Piraeus, the life and origin of its inhabitants, the economy and the various forms of expression of ancient Attic art.

The Piraeus archaeological museum is the home to some of the finest ancient bronzes anywhere, such as the statue of Artemis by Praxiteles, one of the great sculptors of antiquity. It also consists of funerary monuments, primarily stelae, found in situ in the ancient city’s northern cemetery, as well as the chance finds that surfaced during the city’s construction and development projects. Some of the pieces are extremely rare, in particular the famous bronze statues and a theatrical “tragedy mask”, all dating from the fourth century BC as well as the Salamis Stone, a carving that indicates the various units of measurements used in ancient Greece. The exhibits are enriched by the finds from the sanctuary of the Mother of the Gods in Moschato and the funerary monument of Kallithea.

It also houses finds from the coastal zone, the nearby islands and private collections, donated to the museum, like the Nomidis - Valsamakis Collection for example, and, in particular, the Geroulanos Collection, containing the finds from the family’s Trachones estate, which provided a large part of the vessels in the museum.

The museum is supervised by the 26th Ephorate of Prehistoric and Classical Antiquities of the Hellenic Ministry of Culture. Among its activities, include the organization of educational programs, lectures and other cultural events. It is 15-minute walk from Piraeus Railway and Metro station.