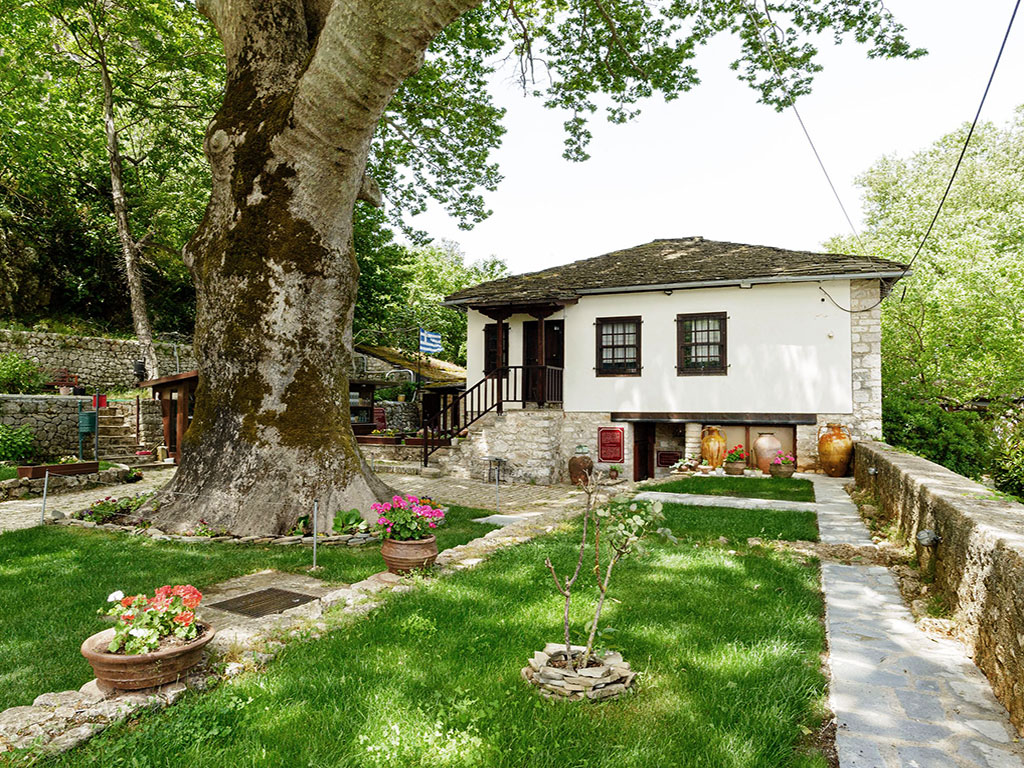 The museum is located in the Monastery of Saint Pantaleimon, where Ali Pasha was killed and decapitated, by the sultan’s troops on February 5, 1822. Since 2012 it is housed in the building which served as home to the Museum of the Pre-Revolutionary Period that was founded in 1958. The museum exhibits the rich private collection of Fotis Rapakousis’ family.
The permanent exhibitions of the museum include unique historical relics, such as the famous gold-plated kariofili (rifle) of Ali Pasha (1804), the silver sword of national benefactor Apostolos Arsakis (1813), the genuine silk dress of Kyra-Vassiliki (Ali Pasha’s wife), the famed 1.62metre-long tsimbouki (water pipe) of Ali Pasha, or curtains with an embroidered monograph (tughra) by Sultan Mahmud II (1808–1839).
The museum includes the following exhibiotion rooms:

The islet of Ioannina

The islet of Ioannina