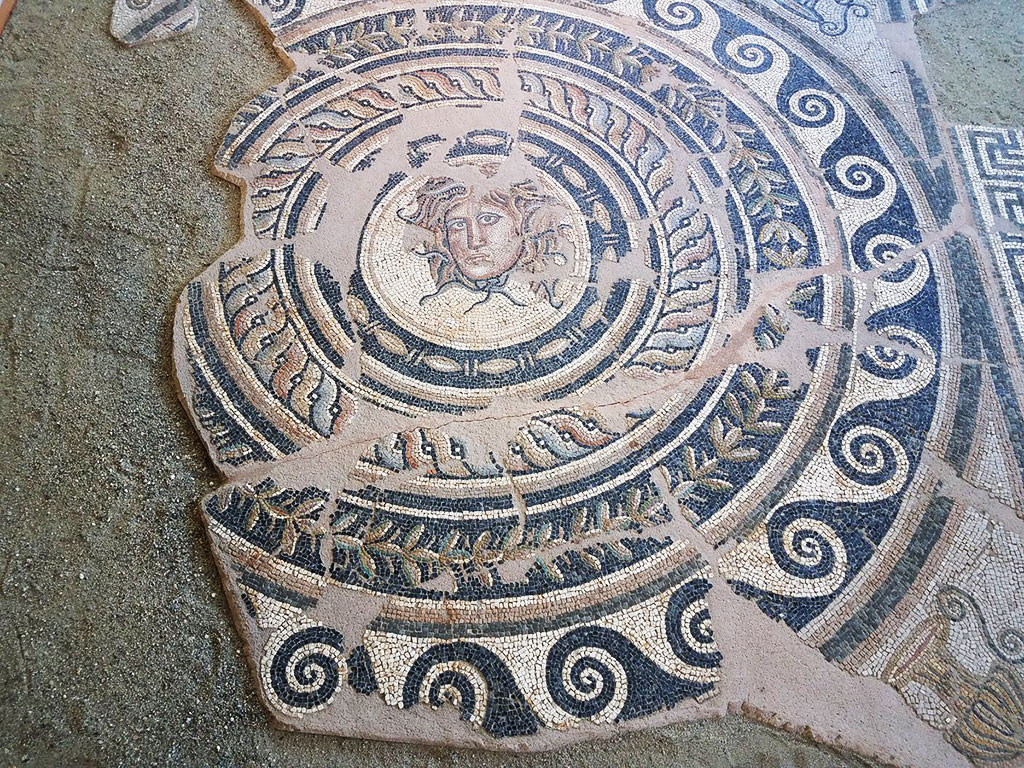 The Archaeological Museum of Dion is a 10-minute walk west of the archaeological park, along the main road to the village. The museum was established in 1983 to display finds unearthed from the ancient city and other archaeological sites in the regional unit of Pieria. The first excavations in the archaeological site carried out by the Aristotle University of Thessaloniki from 1928 to 1931 and resumed 30 years later. The works are still continuing under the direction of the University.

The museum is packed with votive sculptures from Hellenistic and Roman times, including statues and marble offerings as well as many other objects including pottery, tombstones, bronze figurines, votive and grave monuments, coins and various other small items, which were found in the wider area of Dion. The basement of the museum is devoted to objects excavated which relate to the daily life of the people of ancient Dion.  However, the most important exhibit, given its own room on the upper floor, is the hydraulis or hydraulic organ, which is the first organ of its kind found in Greece and the oldest found to date anywhere in the world. The organ was found in the summer of 1992 within the remains of a building, which is situated opposite the villa of Dionysos and dates from the 2nd century AD. On a stone slab there are also the remains of an alliance agreement between the Macedonian king Philip V and the citizens of Lysimacheia in Thrace.

The museum offers guided tours for young school children and has a room devoted to educational activities where the visitors can watch a multilingual video about the history of the excavations at Dion.