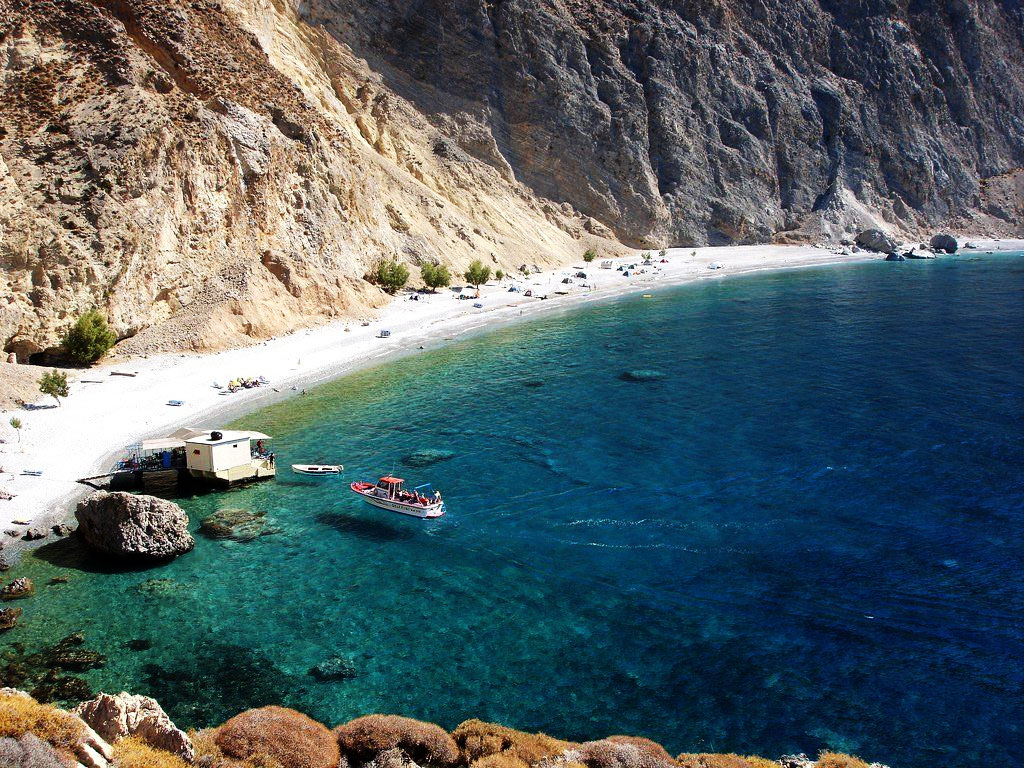 Glyka Nera meaning "Sweet Water" in Greek, was named after the various springs that flow out of the ground by the beach. The beach is located 3 km west of the town of Sfakia and 75 km south of Chania, in a place where the mountains of Sfakia,  the White Mountains, ending up completely perpendicular to the beach.

Glyka Nera is considered as one of the most beautiful beaches in Crete, with crystal clear, deep blue water color and nice pebbles. The water is rather cold due to the springs even in midsummer. The waters deepen sharply and are ideal for diving due to the rocky seabed. Despite being in a very remote location, part of the beach is organized with umbrellas and sunbeds and there is also a small tavern, built on a rock. For those who don't like organized beaches, there are tamarisk trees along the beach  that offer natural shade.

The beach is not accessible by car. The easiest way to reach Glyka Nera is by boat from Sfakia or Loutro. Alternatively, for extremer and adventurous people, there is a path leading to the beach from Chora Sfakion (takes 30') and another tougher path from Loutro (takes 60'), walking near the edge of the cliffs but it is safe as it is frequently conserved by the local authorities, being part of the European E4 footpath. The beach is popular to campers, while the eastern part of the beach is occupied mainly by nudists. 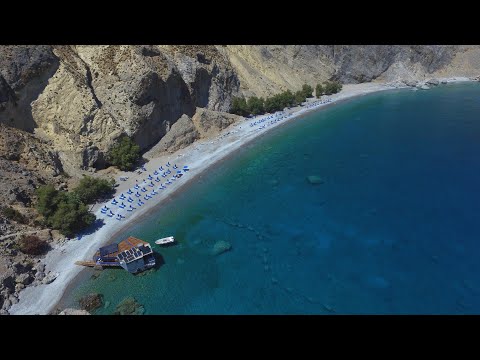